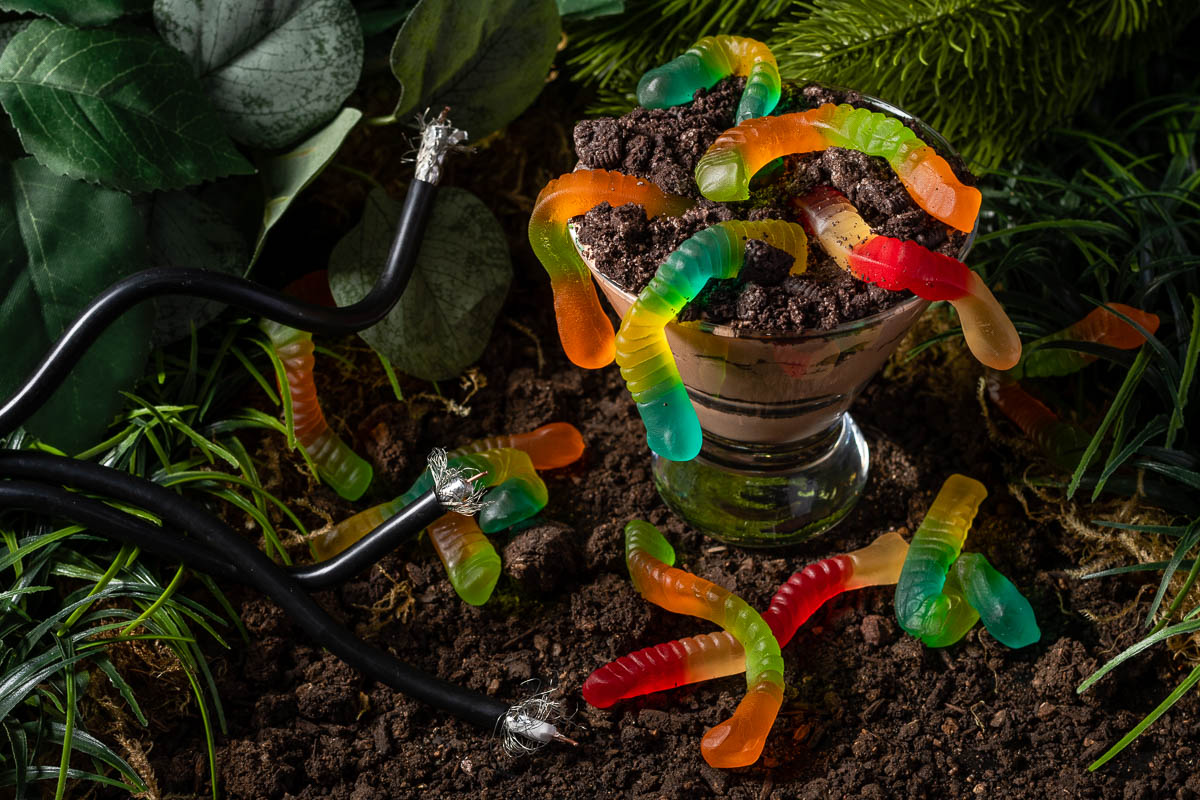 There are a ton of movies coming to Shudder during the month of August. Titles including La Llorona, The Shed, Random Acts of Violence, and even a brand new Joe Bob Briggs Summer Special. However, one of the older movies being added to the streaming platform is Squirm. We couldn’t let the opportunity pass by to create a recipe for this fun and campy flick.

In Squirm, “city slicker Mick (Don Scardino) makes his way to the swampy little town of Fly Creek, Ga., to see his girlfriend, Geri (Patricia Pearcy). After meeting up with her, Mick learns that the area has recently been ravaged by intense storms. More troubling is the appearance of large worms driven up through the soil by the downpours. But what Mick, Geri, and the locals don’t realize is that the electricity from downed power lines has caused the worms to go mad and develop a taste for human flesh.” 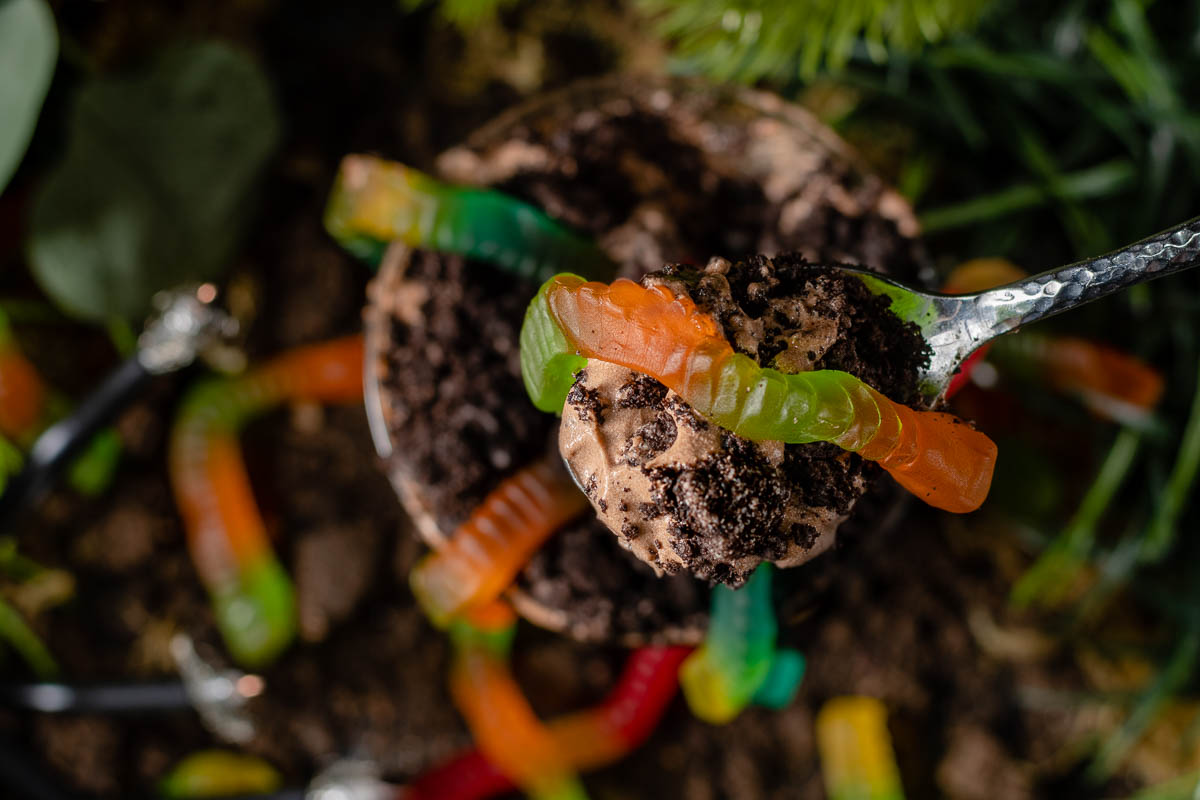 There is only one recipe that comes to mind when you think of Squirm. Of course, that’s Dirt and Worms. We wanted to change it up a bit though. We made our dirt and worms boozy! Now they are Dirt and Squirms! Just be sure to make a batch of these when the kids aren’t around because they are tempting and very full of alcohol. These are basically a cocktail in pudding form.

We hope you love our rendition of Dirt and Squirms! As we mentioned, there are lots of great movies coming to Shudder this month that you won’t want to miss! We are also working on a recipe for the new Joe Bob Briggs Summer Special so be sure to come back for that! What horror movies would you like to see recipes for? Let us know in the comments below! 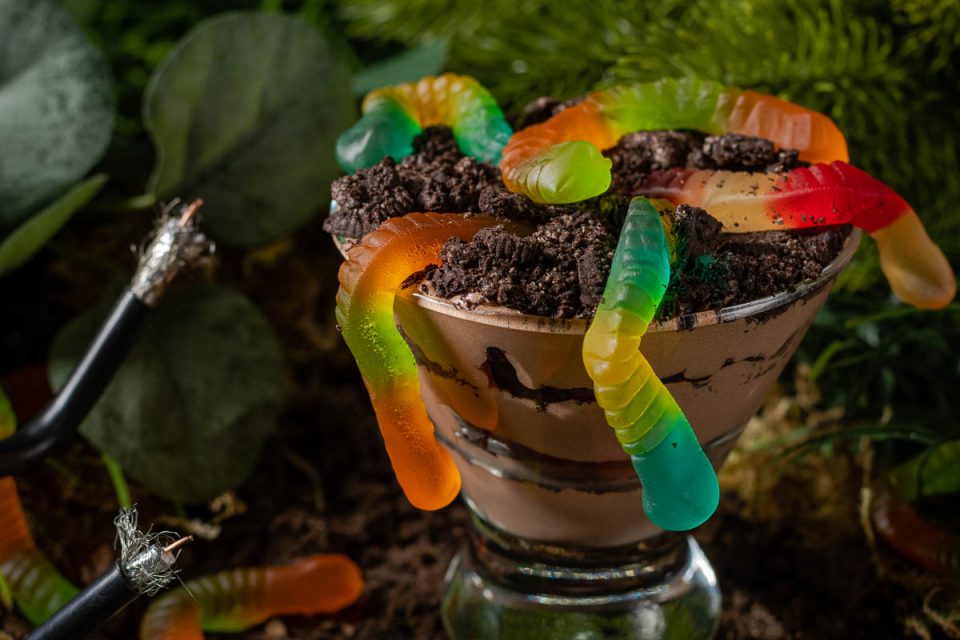 Inspired by the 1976 film Squirm and its release on Shudder, The Geeks have created a new recipe for Dirt and Squirms, a boozy take on Dirt and Worms. 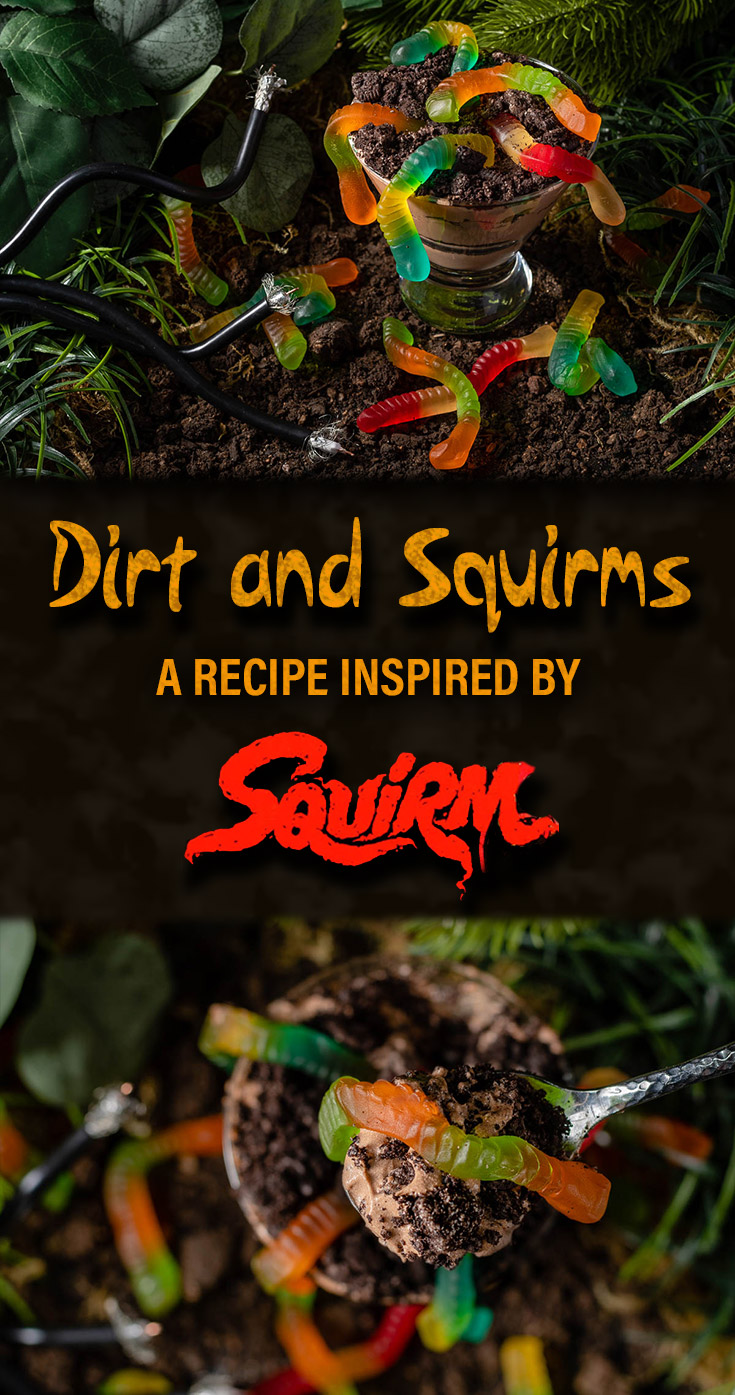