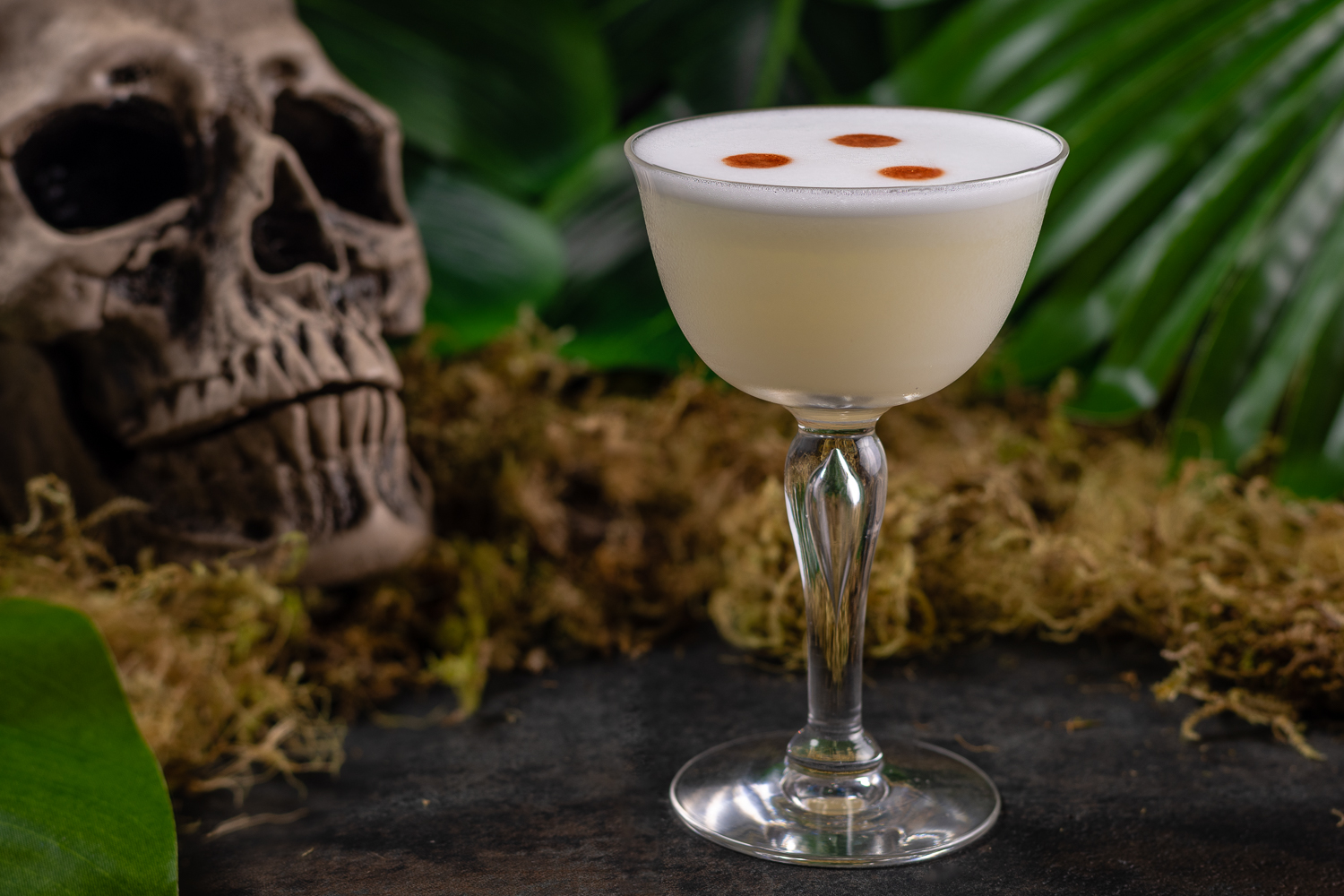 We’ve mentioned in the past our love for good action flicks! Among our favorites is the Predator series. When we found out we’d have the opportunity to create a recipe for the newest addition to the franchise, The Predator, we were definitely excited! Not only are we sharing a fun cocktail, The Three Dots Pisco Sour, but we are giving aways VIP advanced screening passes as well!

“From the outer reaches of space to the small-town streets of suburbia, the hunt comes home in Shane Black’s explosive reinvention of the Predator series. Now, the universe’s most lethal hunters are stronger, smarter and deadlier than ever before.  And only a ragtag crew of ex-soldiers and an evolutionary biology professor can prevent the end of the human race.”

For this recipe we were 100% inspired by the visual effects of the movie and one of the traditional aesthetics of the Pisco Sour. The Pisco Sour is a cocktail that features the South American spirit Pisco. It also uses egg white to give it a creamy mouth feel. “How does this all relate to The Predator?” you might be asking. The garnish. Traditionally, you use a couple of dashes of angostura bitters on the egg white foam. We took this and made them like the target pattern of the Predator’s laser target. Thus giving you a fun take on a classic cocktail! 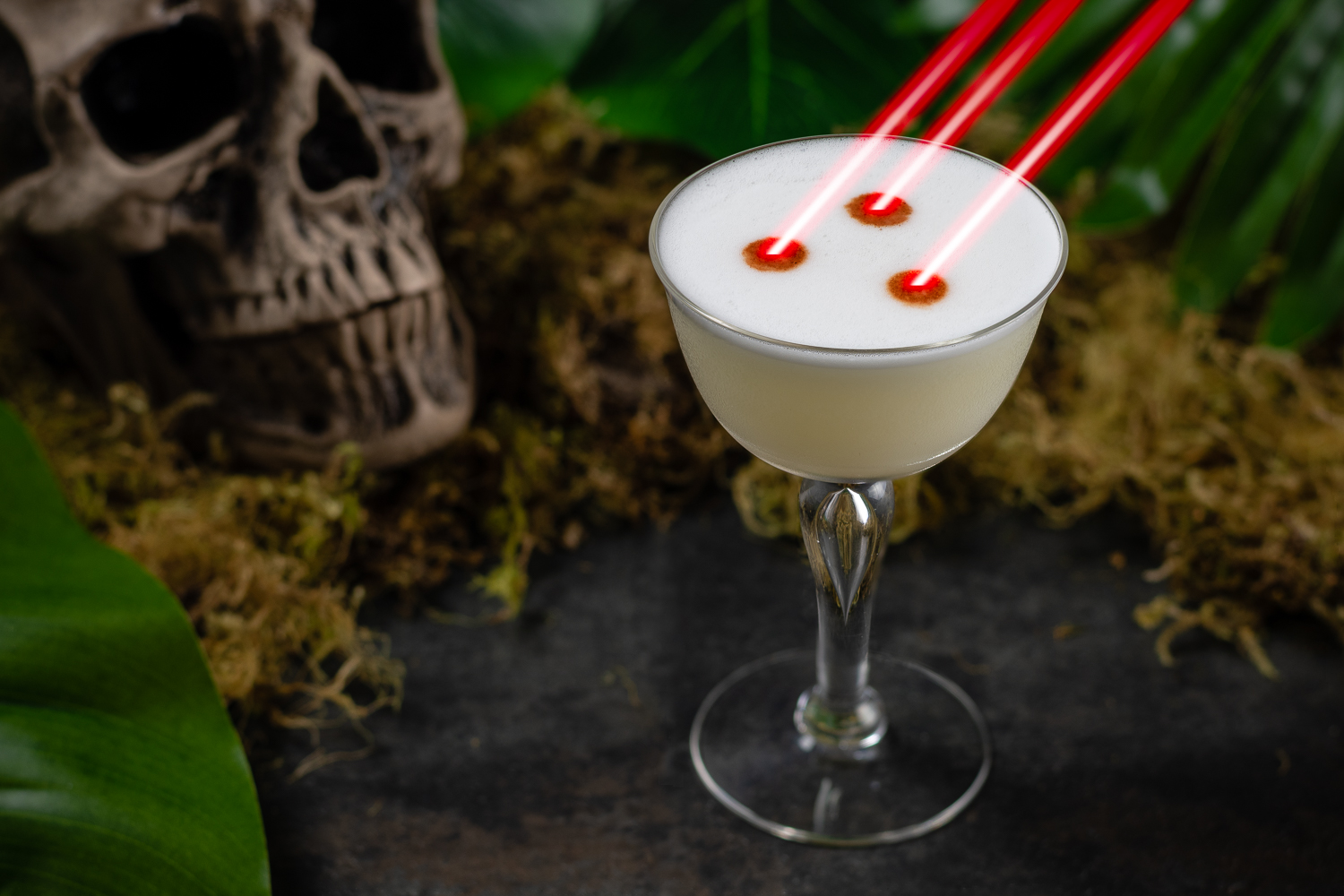 We hope you’ll try out a Three Dots Pisco Sour of your own! Now for the fun part (aside from a delicious cocktail)! We are giving away 10 pairs of VIP screening tickets for a sneak preview! The screening will be held at Harkins Tempe Marketplace, on Monday, September 10th. The screening starts at 7 pm and the winners should arrive at 6:15 in order to guarantee their seating. Winners will be selected on Thursday, September 6th. Good luck!

Three Dots Pisco Sour: A Recipe Inspired by The Predator 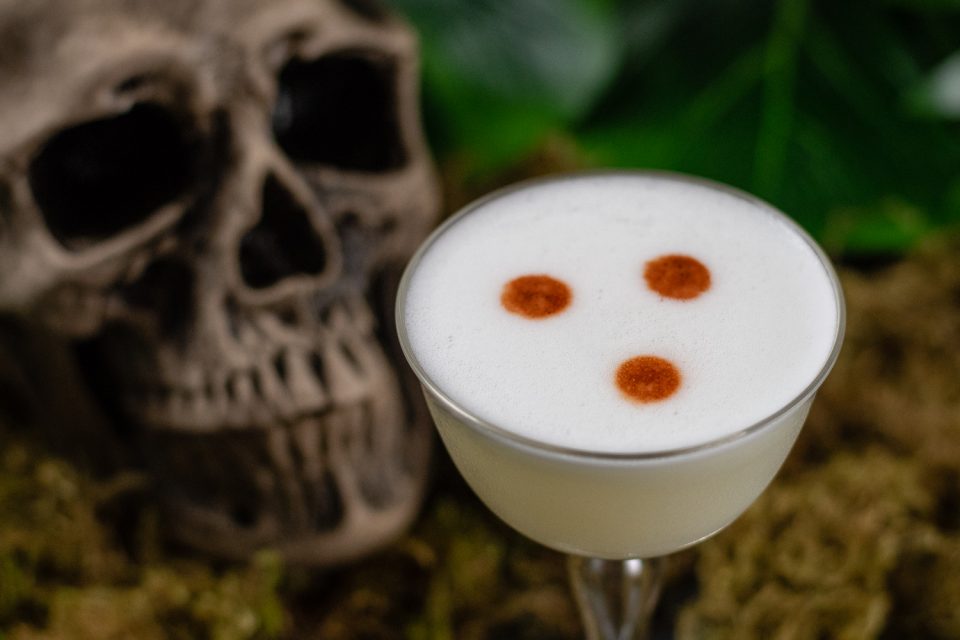 The Geeks have modified the classic cocktail, the Pisco Sour, now calling it the 3 Dots Pisco Sour, inspired by The Predator.

One Reply to “Three Dots Pisco Sour: A Recipe Inspired by The Predator”