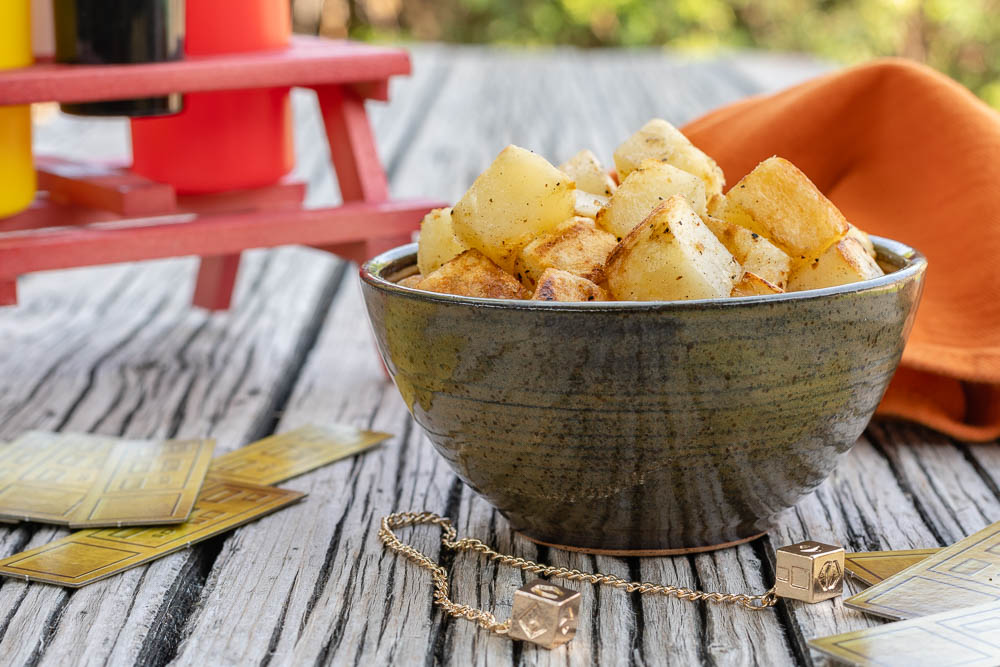 Our recipe for Han’s “Dice”-d Potatoes is a Paid Promotion for Lucasfilm’s Solo: A Star Wars Story.

Earlier this week we mentioned that we created a 2nd recipe for Solo: A Star Wars Story. We’re excited to share another barbecue friendly recipe! Our Han’s “Dice”-d Potatoes are the perfect pairing for our Millennium Falcon Burgers. Your Labor Day barbecue will be complete with this delicious recipe!

Our Han’s “Dice”-d Potatoes were inspired by Han’s lucky dice. Not only are they themed but they are also an easy, delicious, and healthier replacement for traditional french fries. Instead of frying them, they are cooked on the grill along side your burgers. Who doesn’t love a recipe that doesn’t heat up your kitchen?

We hope you enjoy our Han’s “Dice”-d Potatoes! What are some of your favorite geeky barbecue recipes? Let us know in the comments below! 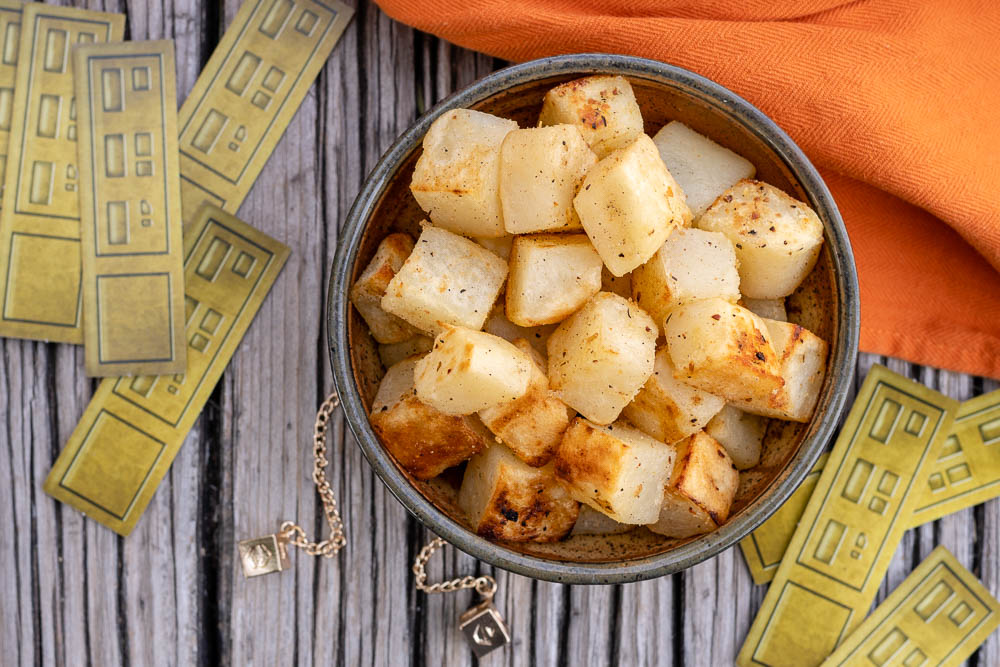 Catch Solo: A Star Wars Story instantly on Sept. 14th as the Millennium Falcon sets course digitally in HD and 4K Ultra HD™ and on Movies Anywhere, and bring the adventure home on Blu-ray 4K Ultra HD™, Blu-ray™, DVD, and On-Demand on Sept. 25. 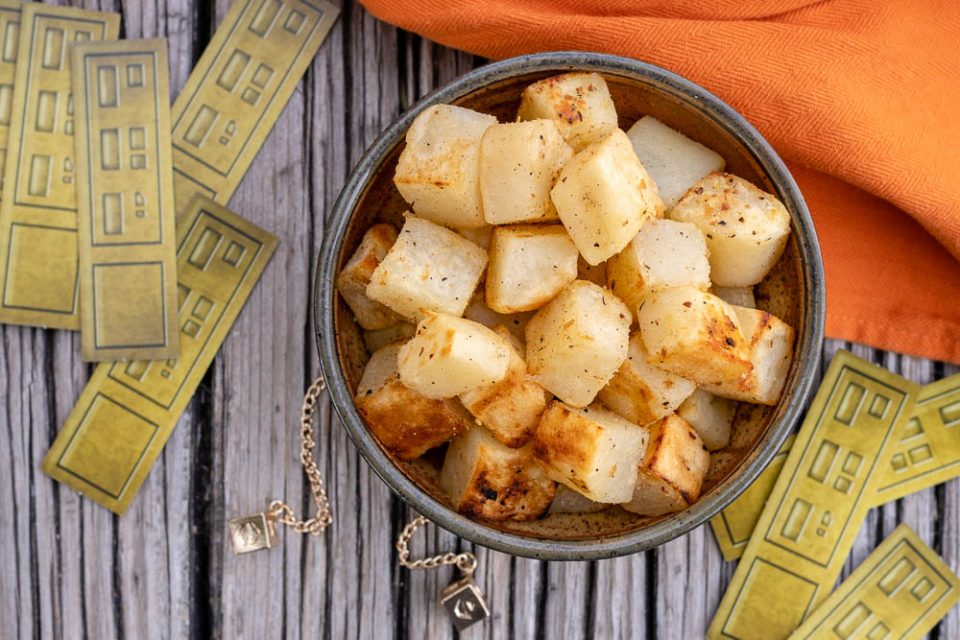 Inspired by Han’s lucky dice, these Han’s “Dice”-d Potatoes are an easy, delicious, and healthier replacement for traditional french fries. You don’t fry them at all! Not only that, they pair perfectly with a Millennium Falcon Burger.

*This is a Paid Promotion for Lucasfilm’s Solo: A Star Wars Story. All opinions are wholly our own. View our Disclosure Policy for more info. 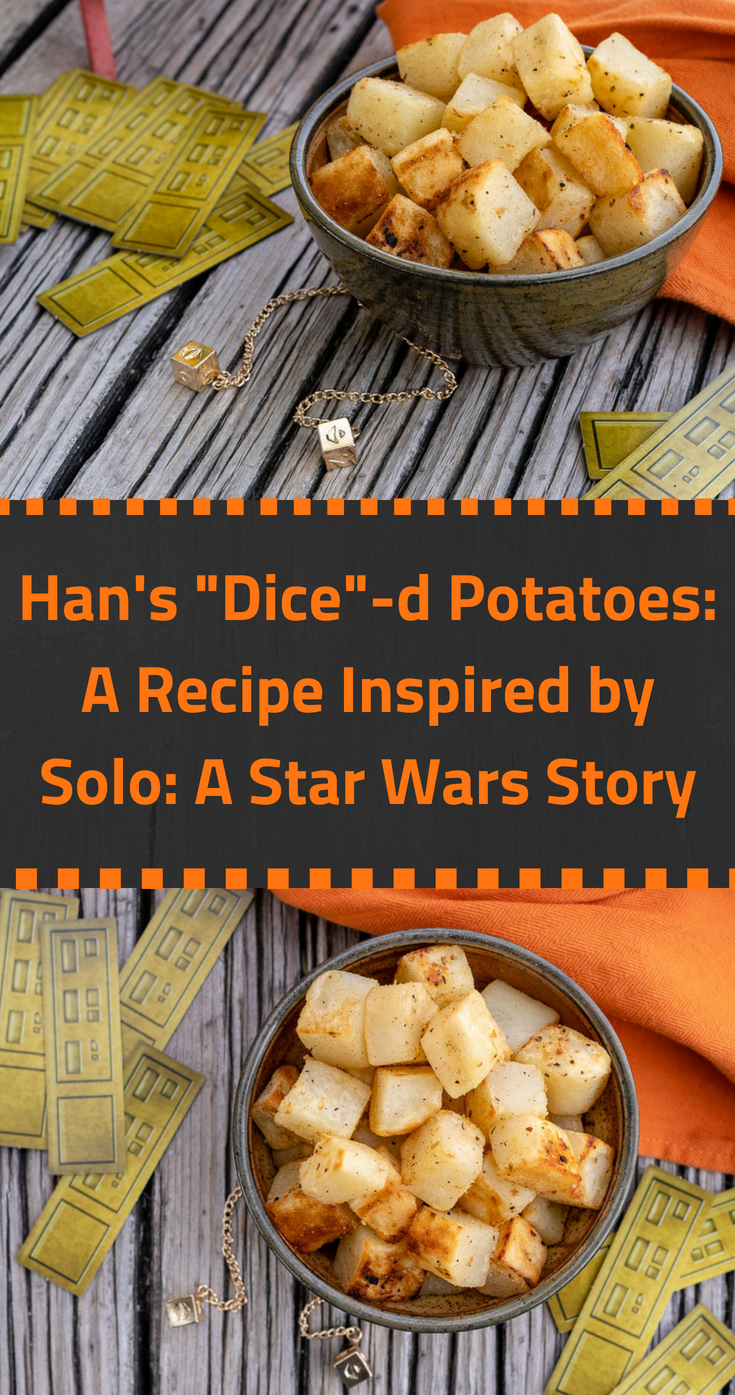