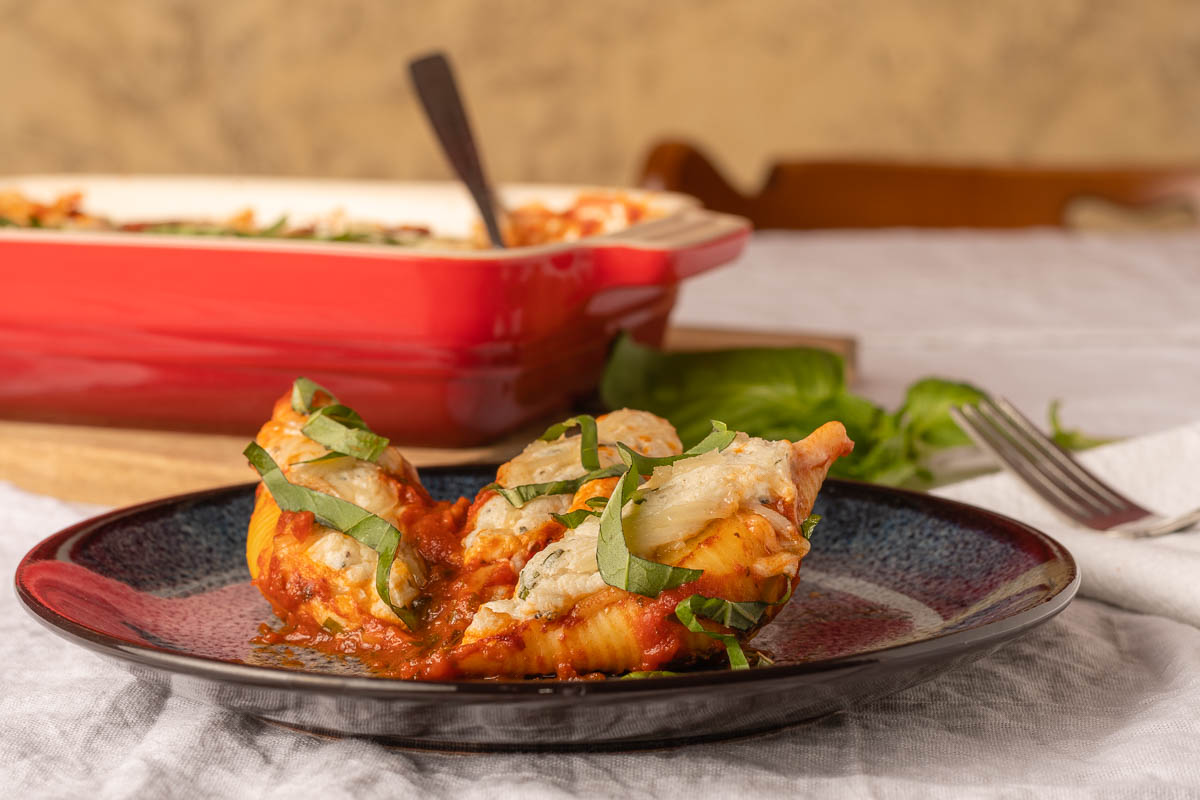 We’re back! That’s right, The Geeks are back with a brand new recipe and by popular demand, it’s a vegan one! We were inspired by the latest from Pixar, Luca! In celebration of its release on Disney+, we’ve created a brand new recipe for Vegan Stuffed Shells! Like the titular character, these shells have a secret [ingredient] so read on!

“Set in a beautiful seaside town on the Italian Riviera, Disney and Pixar’s original feature film Luca is a coming-of-age story about one young boy experiencing an unforgettable summer filled with gelato, pasta, and endless scooter rides. Luca (voice of Jacob Tremblay) shares these adventures with his newfound best friend, Alberto (voice of Jack Dylan Grazer), but all the fun is threatened by a deeply-held secret: they are sea monsters from another world just below the water’s surface.” 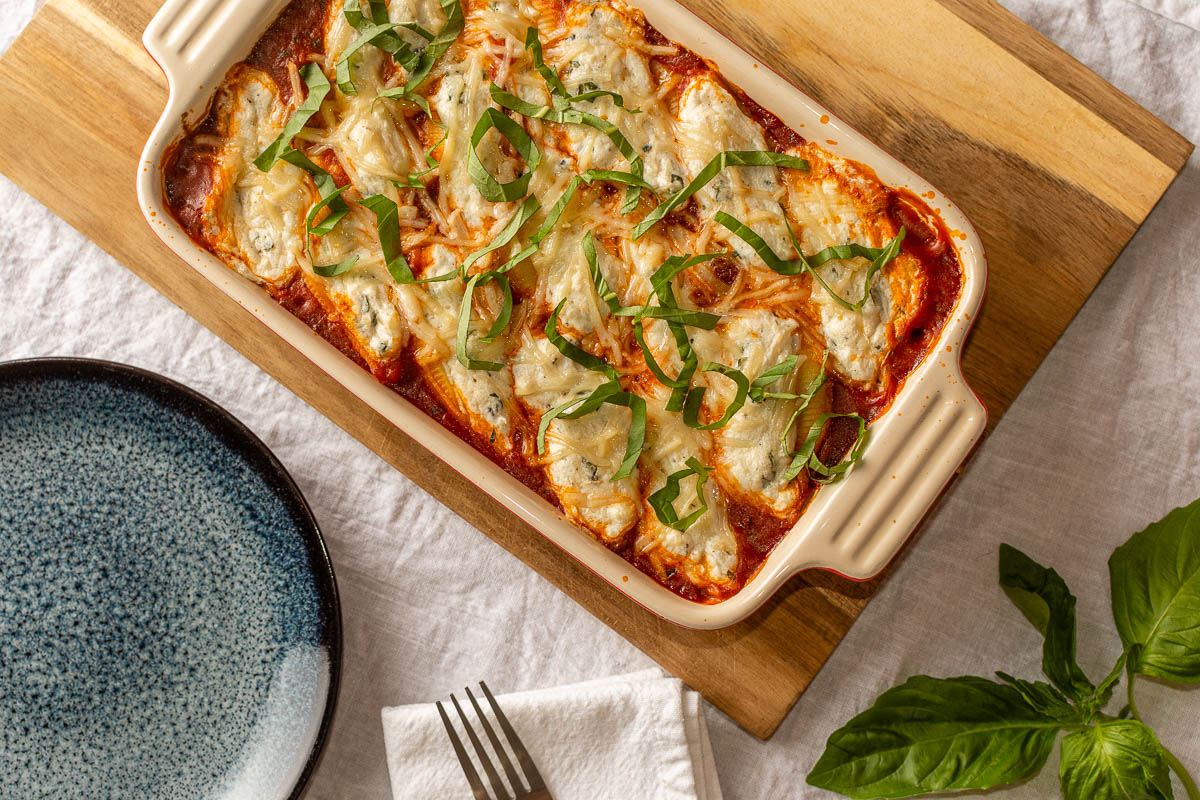 The inspiration for this vegan stuffed shells recipe came from a few places. First, we are in the midst of spending the entire month of June vegan and wanted to create a recipe that aligned with that. Secondly, the location of the film is the Italian Riviera so we wanted to use conchiglioni (jumbo pasta shells). In order to make this feel more oceanic, we substituted parsley with minced dried seaweed (nori).

We hope you love our new recipe! It’s the first recipe we’ve done for you in our new kitchen! Boy, were there some things to get used to but we can’t wait to get back to it more regularly! Luca is now available to watch on Disney+! In the comments below, let us know what movies you’d love to see vegan recipes for! Until next time, ciao! 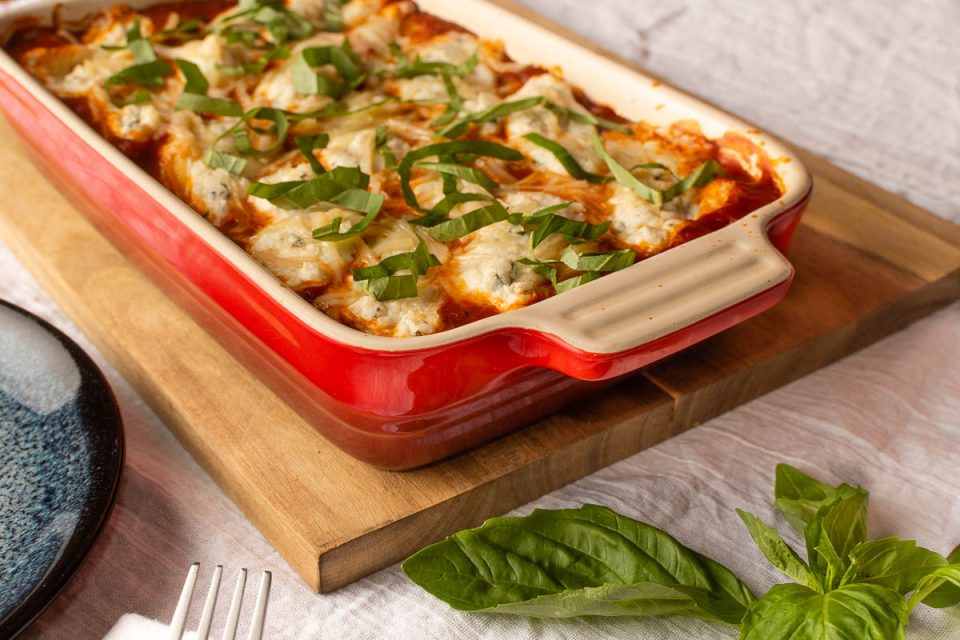 Inspired by the Pixar film, Luca, releasing on Disney+, The Geeks have created a recipe for vegan stuffed shells with a secret ingredient! 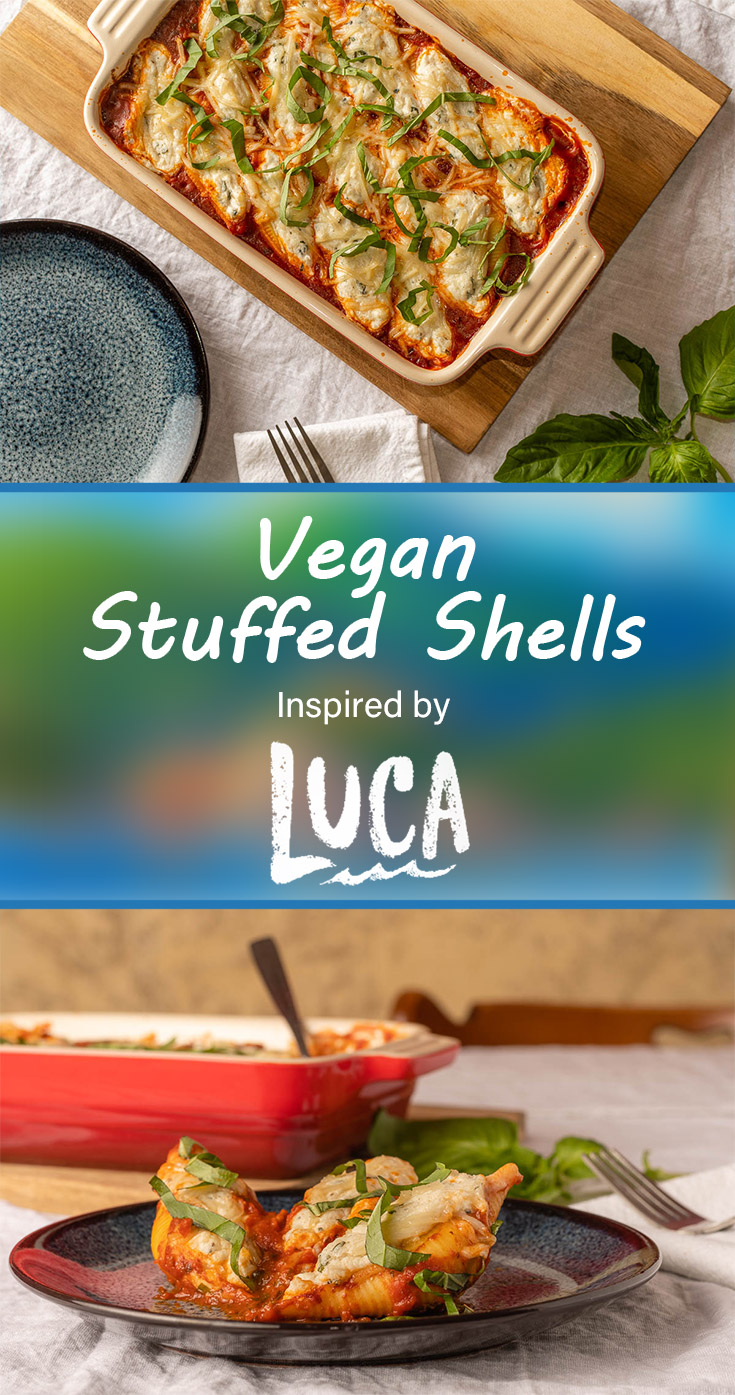