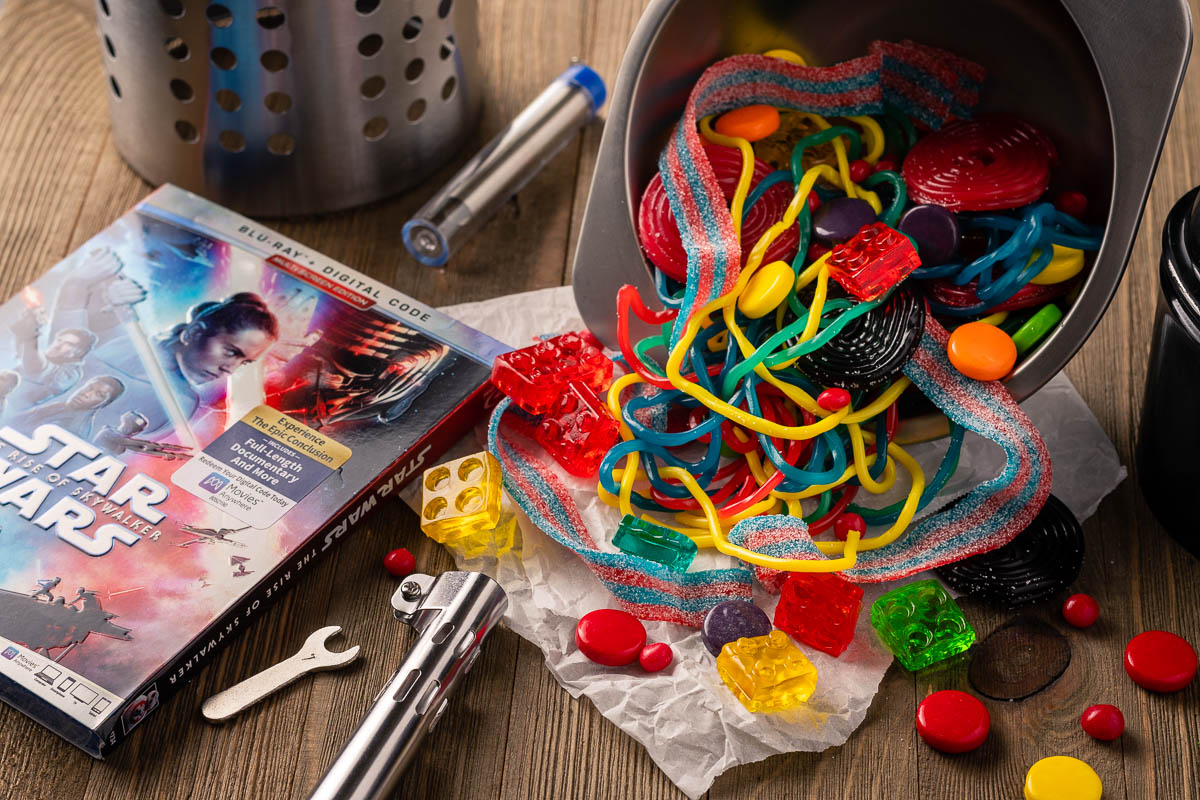 Our recipe for Babu Frik’s Droid Parts is a Paid Promotion for Lucasfilm’s Star Wars: Rise of Skywalker.

We couldn’t let the home release of Star Wars: Rise of Skywalker pass us by without creating a recipe! We came up with a super easy and fun movie night snack that is perfect for rewatching the new trilogy. Babu Frik’s Droid Parts are the perfect addition to your evening at home!

In Star Wars: Rise of Skywalker, “when it’s discovered that the evil Emperor Palpatine did not die at the hands of Darth Vader, the rebels must race against the clock to find out his whereabouts. Finn and Poe lead the Resistance to put a stop to the First Order’s plans to form a new Empire, while Rey anticipates her inevitable confrontation with Kylo Ren.”

Curious as to which extras are included with the Blu-ray release of Star Wars: Rise of Skywalker? We were too! Here is what is offered. Bonus features include*:

With Babu Frik quickly becoming a fan favorite, we thought it would be neat to create a recipe inspired by him and his workshop. Our Babu Frik Droid Parts is a fun mix of candy which means you can create your own mix with as much or as little of each ingredient as you like. The result is a snack perfect for a movie night with your family.

We hope you enjoy trying out Babu Frik’s Droid Parts! Star Wars: Rise of Skywalker is out now on Digital HD and Blu-ray! Let us know your favorite Star Wars movie in the comments below! Also, be sure to check out our other Star Wars Recipes! May the Force be with You! 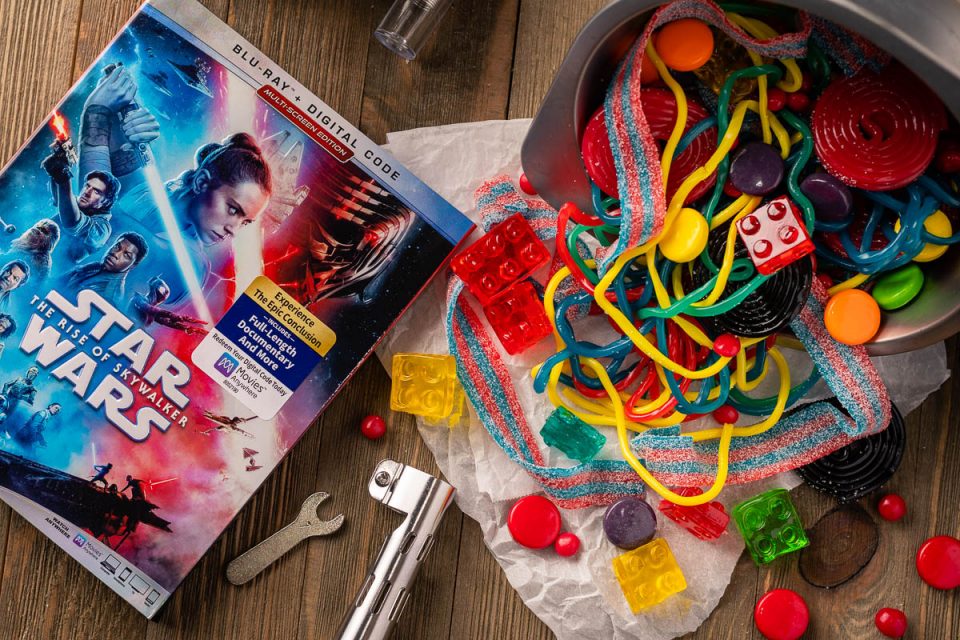 Excited for the home release of Star Wars: Rise of Skywalker, The Geeks have put together a fun movie snack idea, Babu Frik's Droid Parts! It's easy and fun to put together for a movie night at home!

Make as much or as little as desired.

*This is a Paid Promotion for Lucasfilm’s Star Wars: Rise of Skywalker. All opinions are wholly our own. View our Disclosure Policy for more info. 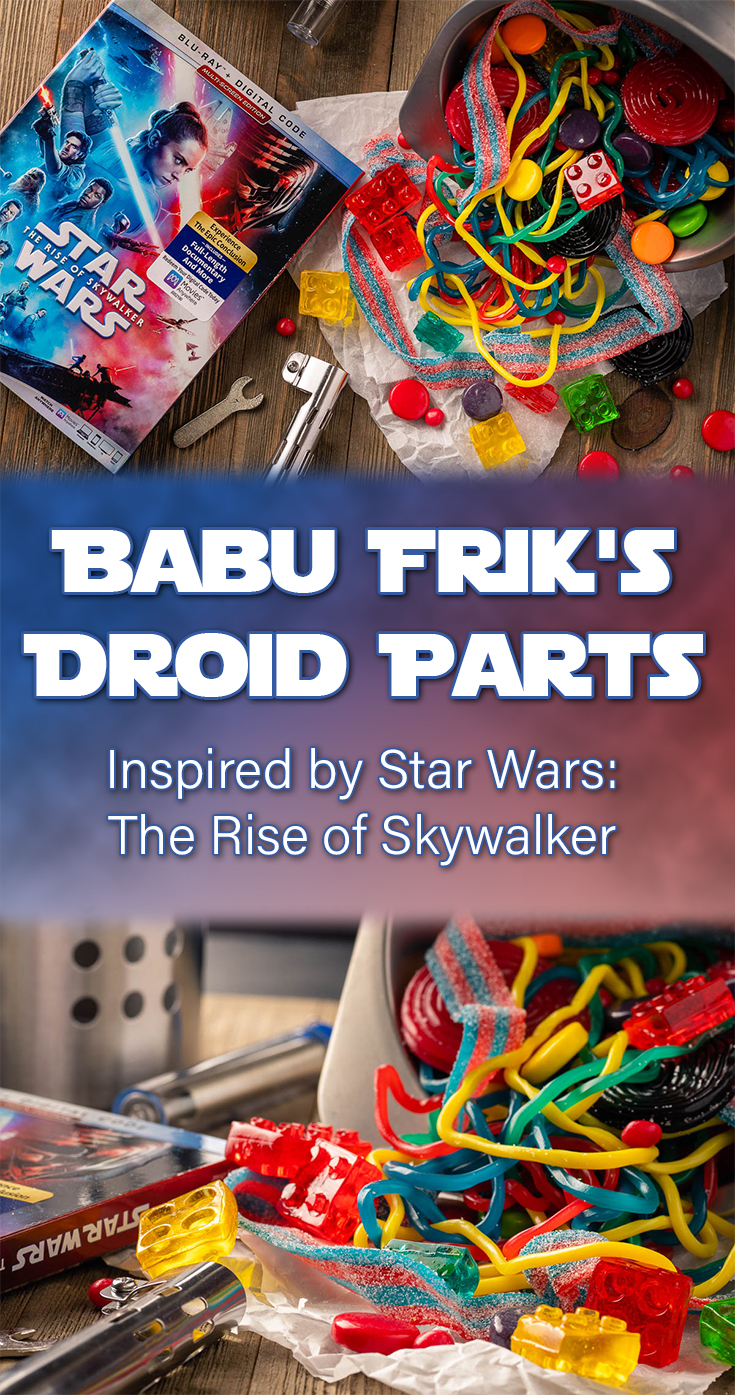