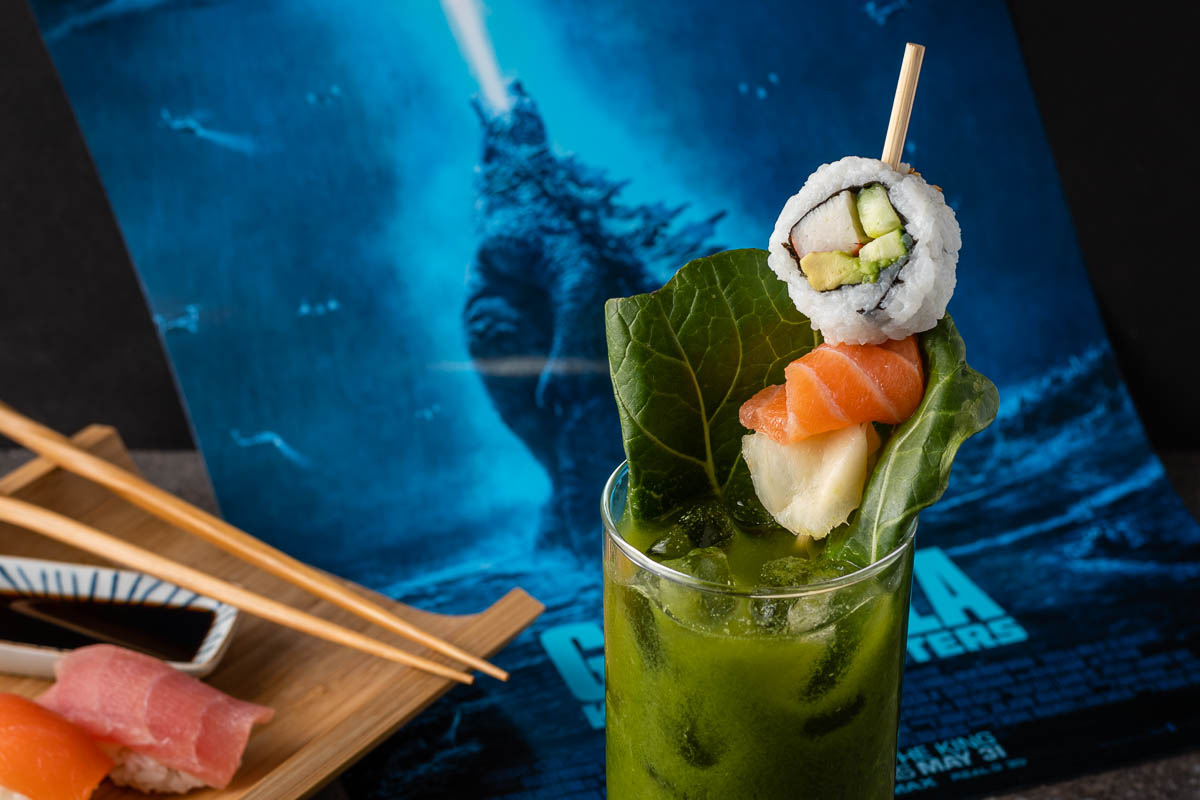 One of the biggest (literally) movies this summer comes out next week! That’s right, we are talking about Godzilla: King of the Monsters! We have created a brand new recipe perfect for a monstrous brunch, The Bloody Kaiju! Not only that, but we have a fantastic giveaway to go with it as well!

Godzilla: King of the Monsters follows the heroic efforts of the crypto-zoological agency Monarch as its members face off against a battery of god-sized monsters, including the mighty Godzilla, who collides with Mothra, Rodan, and his ultimate nemesis, the three-headed Ghidorah. When these ancient super-species—thought to be mere myths—rise again, they all vie for supremacy, leaving humanity’s very existence hanging in the balance.

We’ve had the idea for our Bloody Kaiju for a while. Sadly, we didn’t get to create it for the last Godzilla movie. However, this movie coming out meant we had another chance! Unlike a typical Bloody Mary, we used vegetables and flavors that were more common to Japanese cuisine. We also used sake instead of vodka or tequila. The result is definitely unique!

Are you brave enough to not only try these cookies but also see the film that inspired them? We are giving away 5 pairs of VIP Advanced Screening Passes to an advanced showing of Godzilla: King of the Monsters! The showing will be held at Harkins Arizona Mills IMAX on Tuesday, May 28th. The screening starts at 7 pm and the winners should arrive at 6:15 in order to guarantee their seating. Winners will be selected on Sunday, May 26th. Good luck! 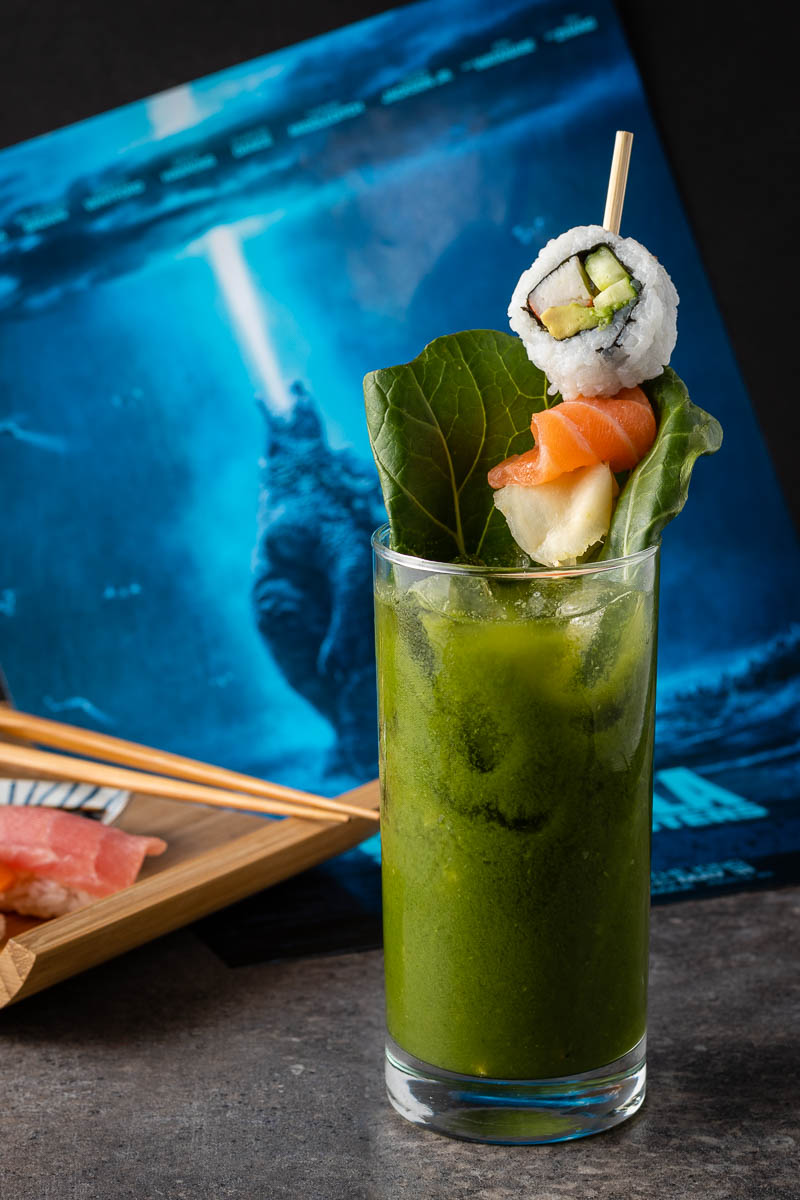 Bloody Kaijus: A Godzilla: King of the Monsters Inspired Cocktail 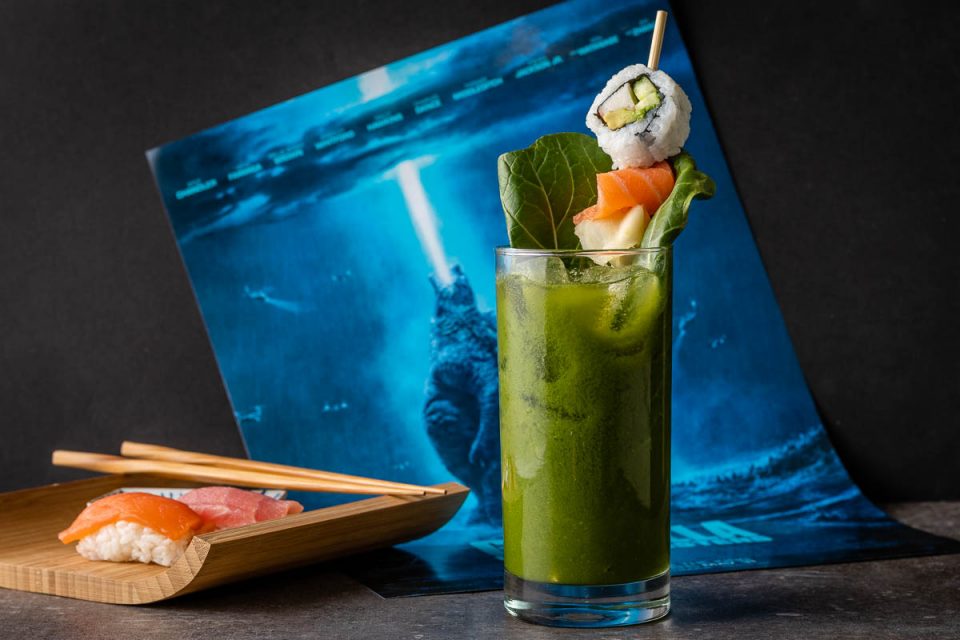 In anticipation for one of this summer's biggest releases, The Geeks have created a new cocktail called The Bloody Kaiju inspired by Godzilla: King of the Monsters. 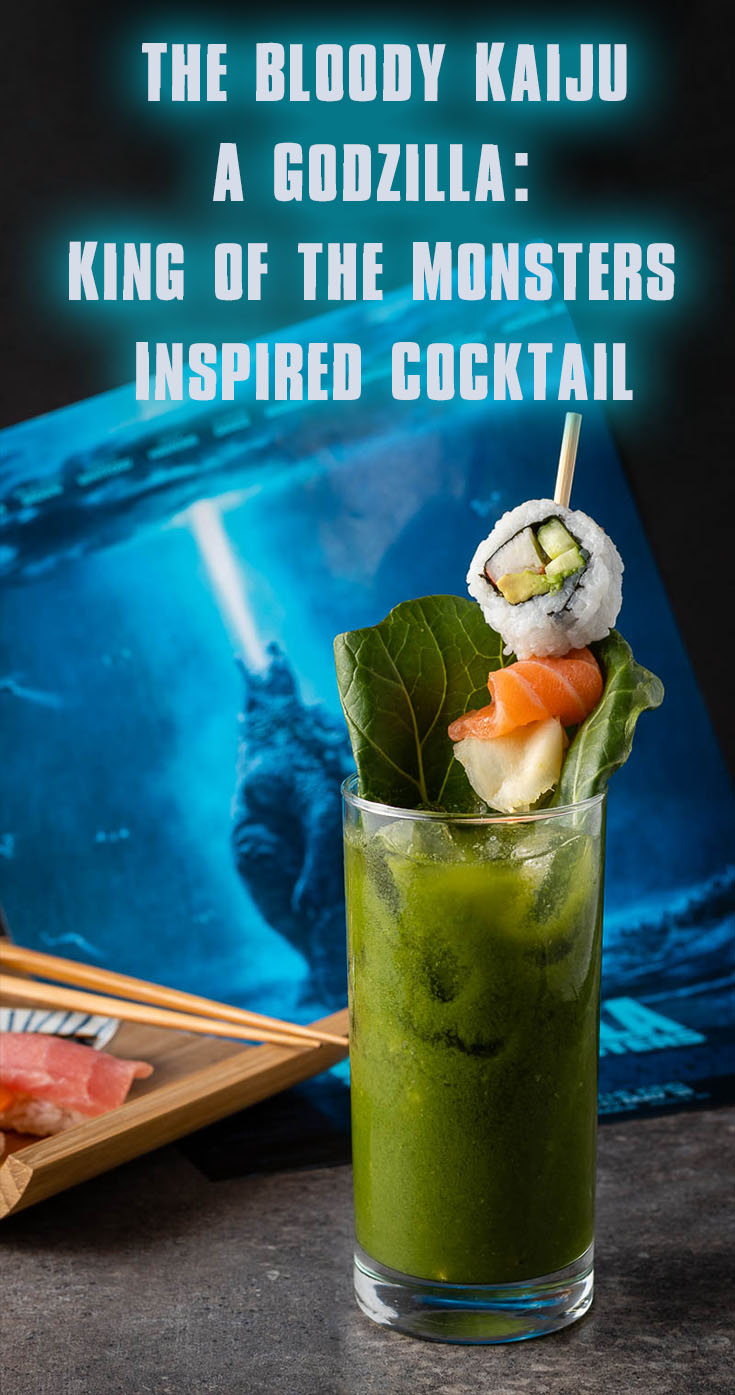 One Reply to “The Bloody Kaiju: A Godzilla: King of the Monsters Inspired Cocktail”