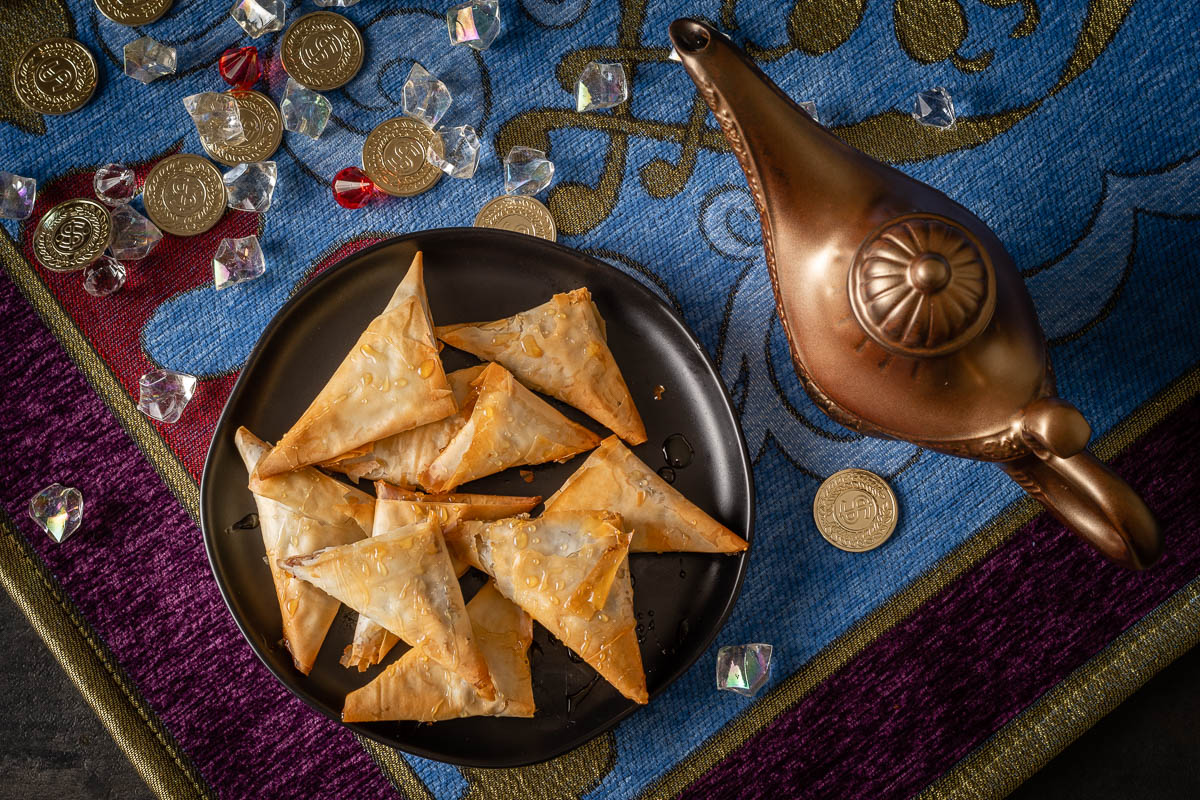 Man, this summer is just loaded with movies we are dying to see! On the top of that list is Disney’s live-action remake of Aladdin. We are both fans of the animated film, as are most people our age. So when we saw they were making a live-action version we were intrigued. It also gave us an idea for a recipe, Agrabah Baklava Bites! 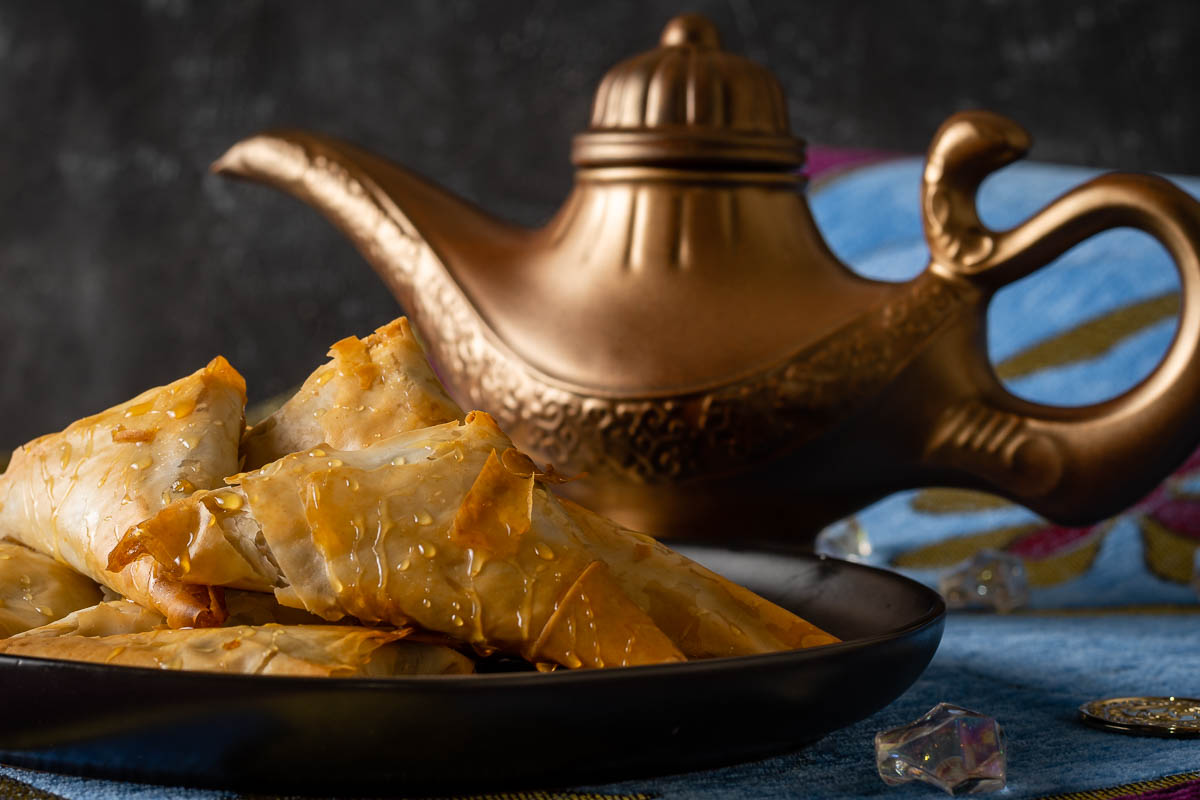 Our Agrabah Baklava Bites took inspiration from the song, A Friend Like Me, in which the food is mentioned. However, baklava is a fair amount of work so we wanted to make a more approachable recipe with similar flavors. We also used pistachios and orange fig spread for filling since figs and pistachios are mentioned in the original movie. The result is a easy and delectible dessert perfect for movie night!

Now that you have a delicious dessert recipe, here is your opportunity to see the movie that inspired it! We are giving away 5 Family 4-Packs of VIP Advanced Screening Passes to an advanced showing of Aladdin! The showing will be held at Harkins Arizona Mills IMAX on Tuesday, May 21st. The screening starts at 7 pm and the winners should arrive at 6:15 in order to guarantee their seating. Winners will be selected on Sunday, May 19th. Good luck! 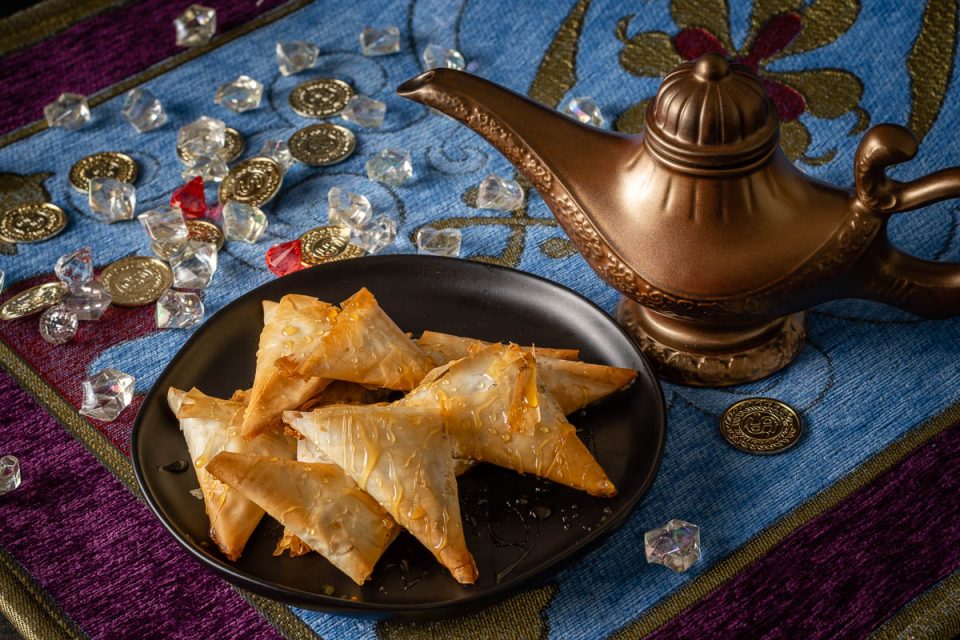 Inspired by the live action remake of Aladdin, The Geeks have created a recipe for Agrabah Baklava Bites. This sweet treat is perfect for movie night!

This recipe can be doubled or tripled as you see fit. This recipe will be for 12.

One Reply to “Agrabah Baklava Bites: An Aladdin Inspired Recipe”