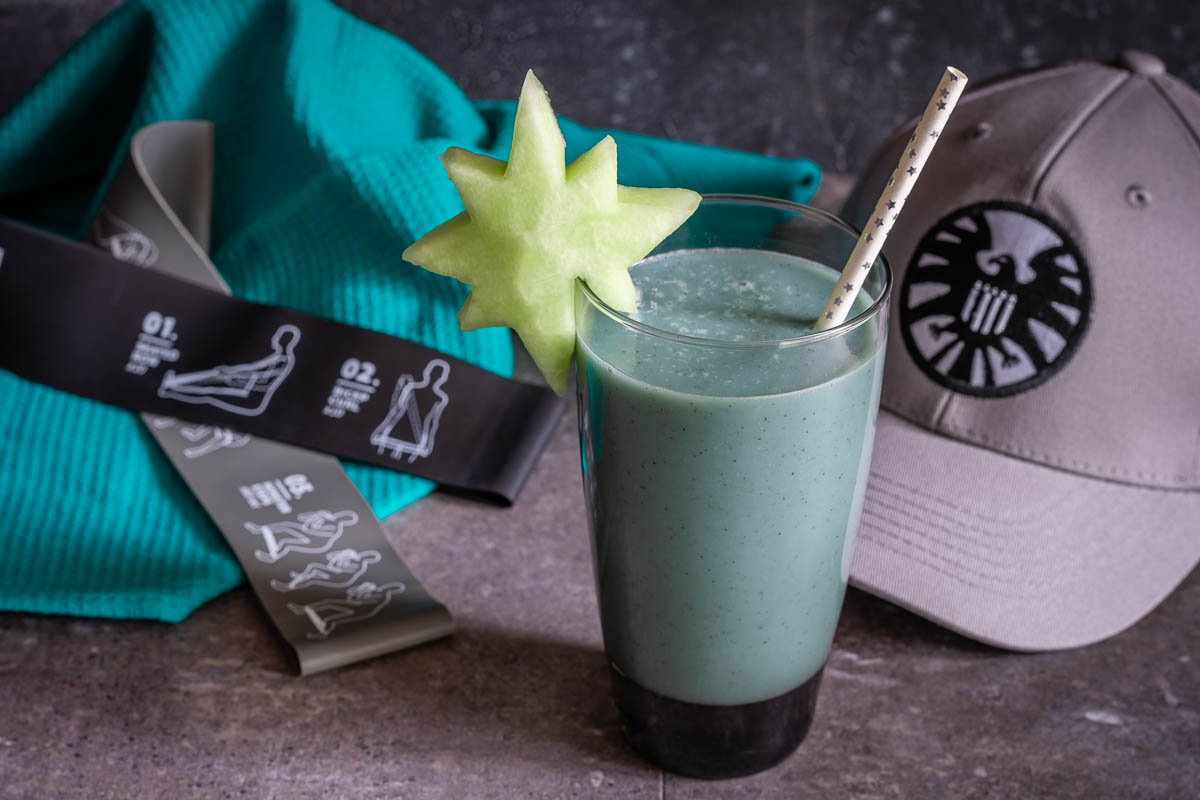 It should come as no surprise that we are super excited for the home release of Captain Marvel. We loved the film and despite already having a recipe inspired by the film, we decided to create another one. We decided to continue on with our health theme and created a recipe for a Star Force Kree-atine Smoothie. Now you’re able to fuel your workout like a superhero!

“Set in the 1990s, Marvel Studios’ Captain Marvel is an all-new adventure from a previously unseen period in the history of the Marvel Cinematic Universe that follows the journey of Carol Danvers as she becomes one of the universe’s most powerful heroes. While a galactic war between two alien races reaches Earth, Danvers finds herself and a small cadre of allies at the center of the maelstrom.” 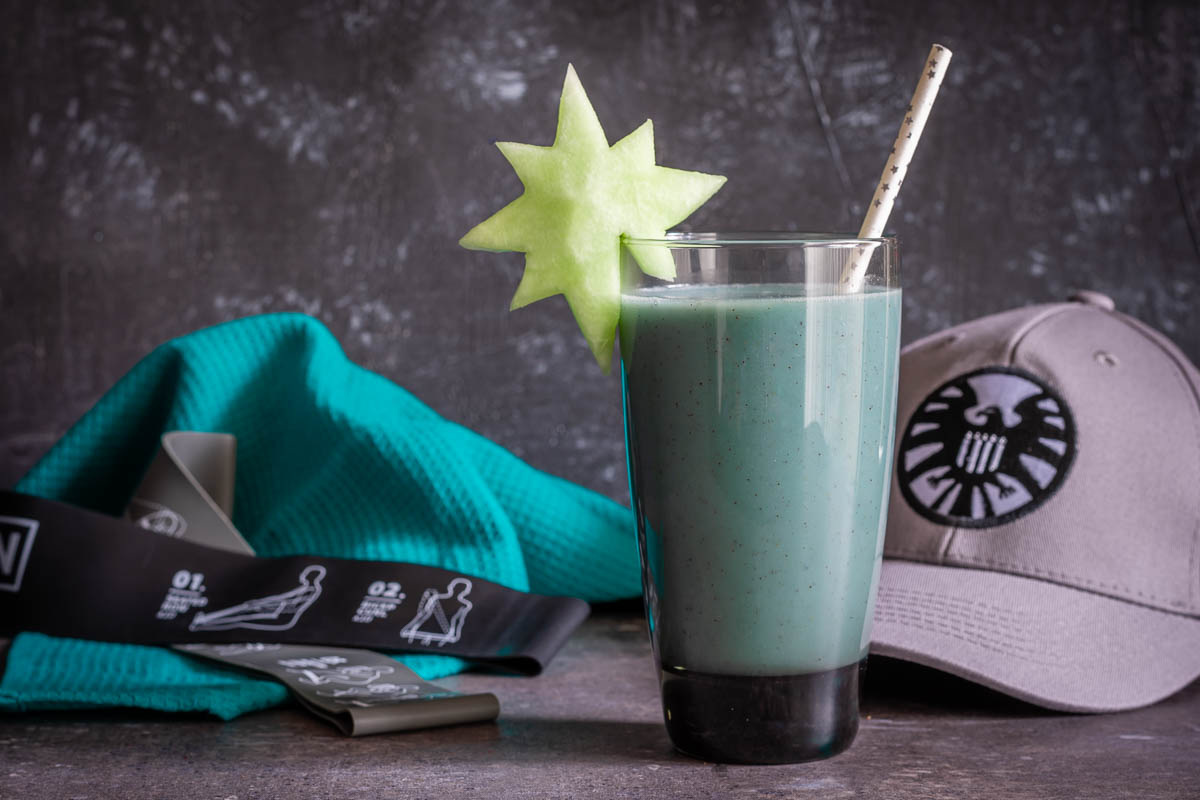 As we mentioned above, we really wanted to create another healthy recipe for Captain Marvel. However, instead of focusing on Carol Danvers’ shift to Captain Marvel, we decided to focus on her time with the Kree Star Force. We used green fruit and a pinch of blue pea flower to create the teal color. The amount of creatine in the smoothie is more of a maintenance amount, so have no fear, it won’t cause you to bulk up.

We hope you enjoy our Star Force Kree-atine Smoothie! Next week will be doing a giveaway for digital copies of Captain Marvel so stay tuned! Marvel Studios’ Captain Marvel is now available on Digital! The 4K Ultra HD, Blu-ray, and DVD will be available June 11th. 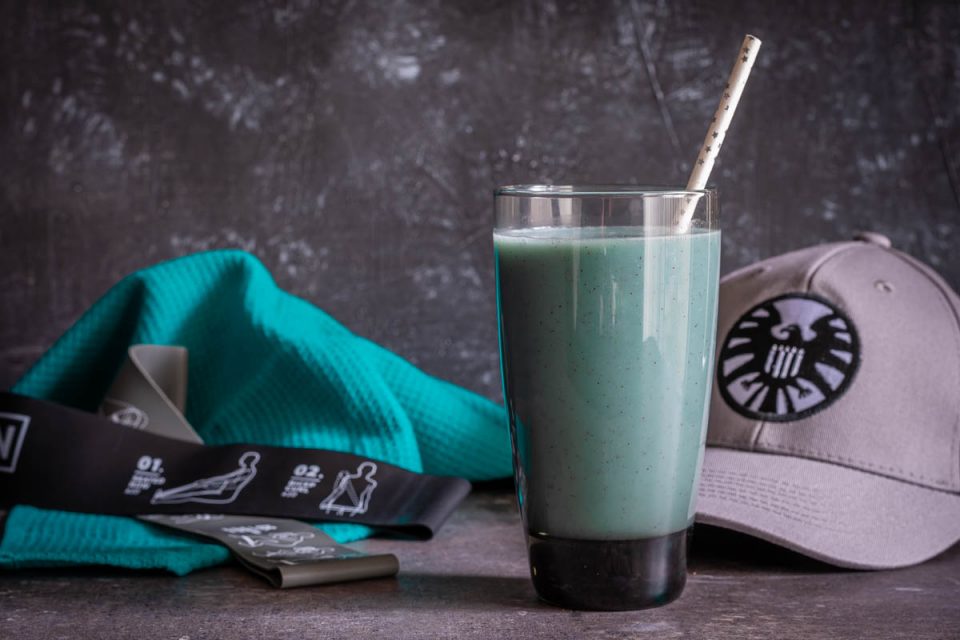 Want to get in superhero shape this summer? The Geeks have created a new recipe, Star Force Kree-atine Smoothie, perfect for for a pre-workout snack!

*This is a Paid Promotion for Marvel Studios’ Captain Marvel. All opinions are wholly our own. View our Disclosure Policy for more info. 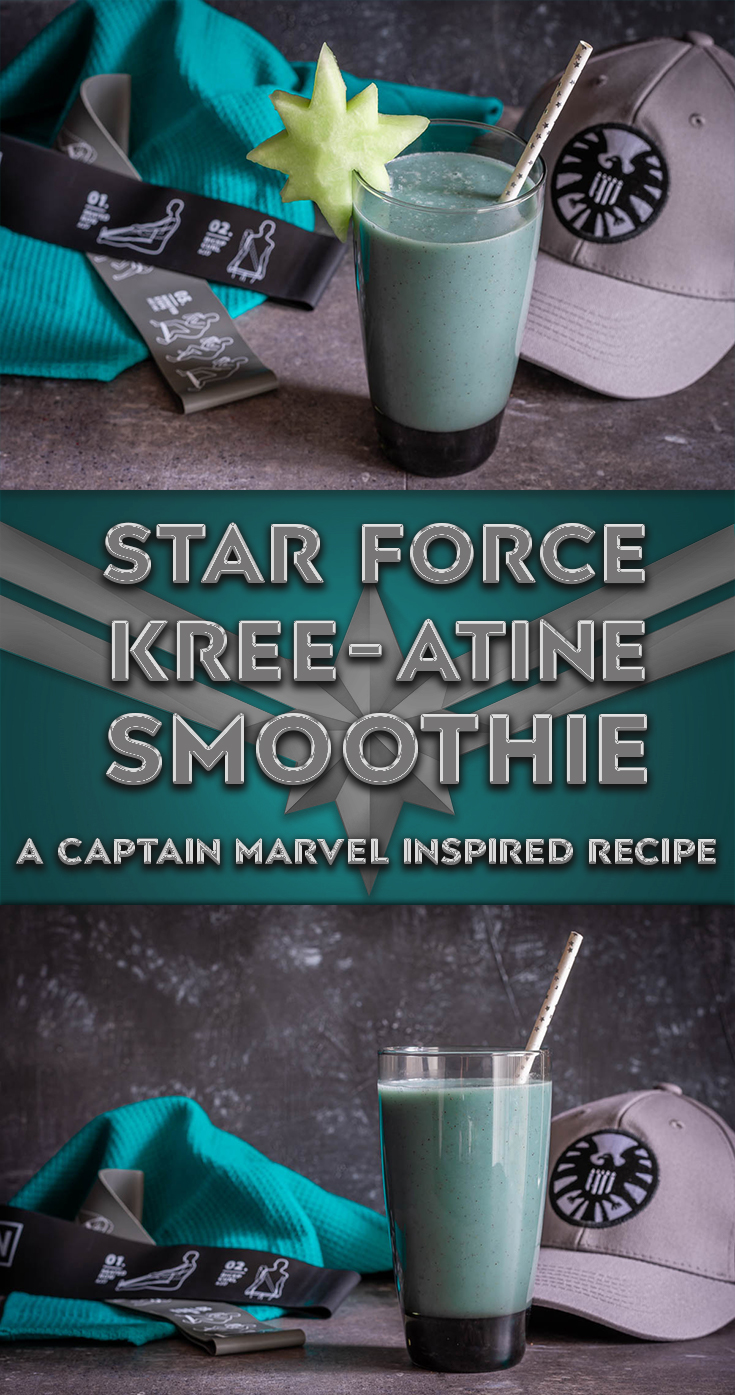