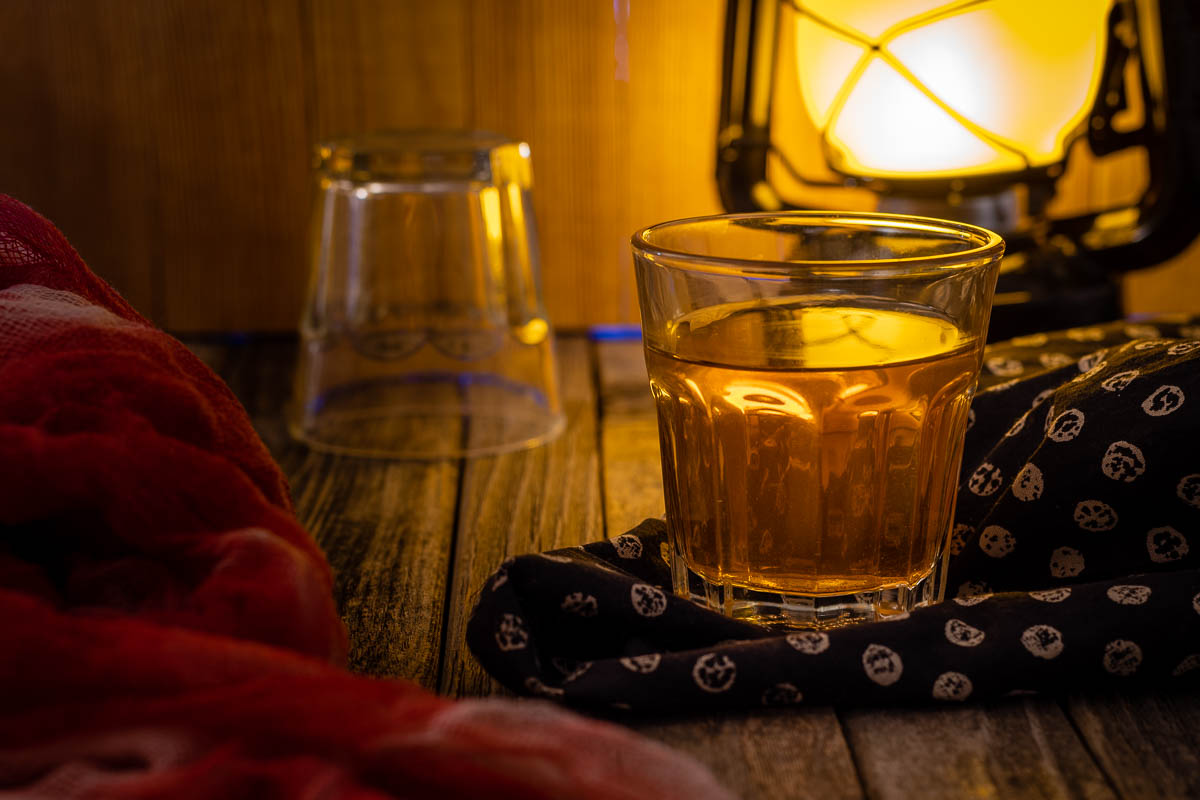 Sick of all the holiday movies and recipes floating around? How about one inspired by a genre bending western horror movie? We’ve created a new recipe inspired by the film The Pale Door which dropped on Shudder today! Not only that, but we have an interview with one of the actors in it, Jeremy King! So let’s get this show rolling!

In The Pale Door, “the Dalton gang find shelter in a seemingly uninhabited ghost town after a train robbery goes south. Seeking help for their wounded leader, they are surprised to stumble upon a welcoming brothel in the town’s square. But the beautiful women who greet them are actually a coven of witches with very sinister plans for the unsuspecting outlaws – and the battle between good and evil is just beginning.”

In addition to our tasty cocktail, we are lucky to have a fun interview to share with you! We interviewed Jeremy King who portrays Bill Buckley in The Pale Door as well as “Rad” Chad Buckley in Scare Package. We loved him in both films so it was a real treat getting to do this interview!

Doing The Pale Door was a great experience. Any time I get to reconnect with Aaron, Cameron and the crew at Paperstreet is special. Being able to join in on a western is especially fun. We were filming in this fully made town, and once all of the actors and extras are on set it drops you straight into that action. With my six shooter “Bessy” at my side I felt like I could conquer the world!

You think you weren’t happy?! My seven year old was pissed! I was out of town on a trip when Pale Door came out on VOD and got a call from my wife. My son CJ picked up the phone and said “Daddy, they already killed you. This movie sucks!”  and promptly turned it off. Thankfully he was wrong about the movie, it turned out great! This scene was almost exactly how it was written, it was a really busy day and we had to move on pretty quickly. Although I did have some pretty sweet dance moves in celebration of my victory that were cut due to time in the film. Maybe it will make the extras!

I actually did a short film that Aaron Koontz and Cameron Burns were a part of wayyyy back in 2003. I think it was the second film I had ever done, and I played a bicycle cop.  It was a comedic role and I just had a blast doing it. They had so many outtakes and things we filmed just for fun in between takes that they made another little short out of it. Fast forward to 8 or 9 years later and I get a message from Cameron out of the blue on Facebook. Him and Aaron had just created Paper Street Pictures and were getting ready to film a short horror comedy called “The El Chupugcabra”. They were wondering if I would come out to Austin (from Florida) to film with them. There was no pay for the film, but they had a place for me to stay and would cover food, etc. I wrote back this full page response basically berating him that I was a serious SAG actor now and couldn’t be bothered with this low budget stuff. How dare he even ask! At the end of the response I of course told him I was kidding and would love to come aboard. I had such an amazing time working with them on that, it truly brought back my pure love for acting. Sometimes the business side of things can be pretty frustrating and you forget why you started this crazy journey in the first place. From there they wrote me a part in “Camera Obscura” which was a dark psychological thriller. Right smack in the middle of it is this ridiculous Hardware store owner and an epic fight scene. When Aaron called me about Scare Package I probably said yes before he even explained what it was. It’s so great working for a director that has a true passion and love for film, and also lets you expand your character and improv a lot.

It’s really so hard to tell at this point. They already knew me pretty well and scripted a lot of that based on our past experiences. Aaron is also great about letting us improv to make it our own. We would normally do a few takes that were pretty close to the script, and then a few takes where we would just get a little crazy. This was especially fun on this one working with Hawn Tran and Byron Brown. I’m usually the one making people break character and laugh during a scene, but some of the stuff thrown at me in this film made it really hard to not just bust out laughing. Even when I was behind the camera watching the other guys film it was hard not to ruin the take by laughing too loud. I remember the death scene with Joe Bob was really tough to keep a straight face too. He was throwing me some curveballs, and then there was the last part where I had to grab Zoe’s hand and tell her to go. I think that took at least 5 or 6 takes. 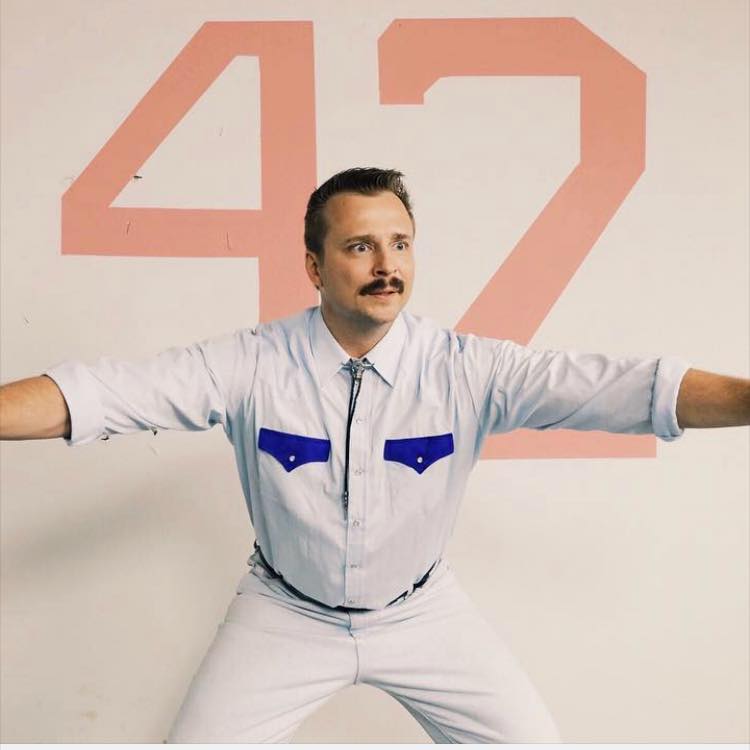 I have a one year old daughter so we have Frozen 1 and 2, and Tangled on repeat. I have seen each about ten thousand times! My biggest comfort movie would have to be the Family Man with Nicolas Cage and Tea Leoni. I watch it every year around the holidays and it still gets to me. I would also say any of the great 80’s movies like Back to the Future, Indiana Jones, Star Wars … that is when I actually get the TV which is rare these days!

Yes there is. =) (Editors Note: Check out the Scare Package episode of Final Girls Feast for the full story)

What advice would you give to someone who wants to get into acting? RUN!!!! RUN and DON’T LOOK BACK!!!! HA HA. I would always implore anyone I know to follow their heart and their dreams no matter what it might be. Life is short and I have never seen the point of NOT just going for it. That being said, be willing to put in the work. A lot of people I meet just want to “Find an Agent” or “Be Discovered”, and 99.9 percent of the time it doesn’t work like that. Find local classes or workshops. Get to know local film makers. Study your craft. 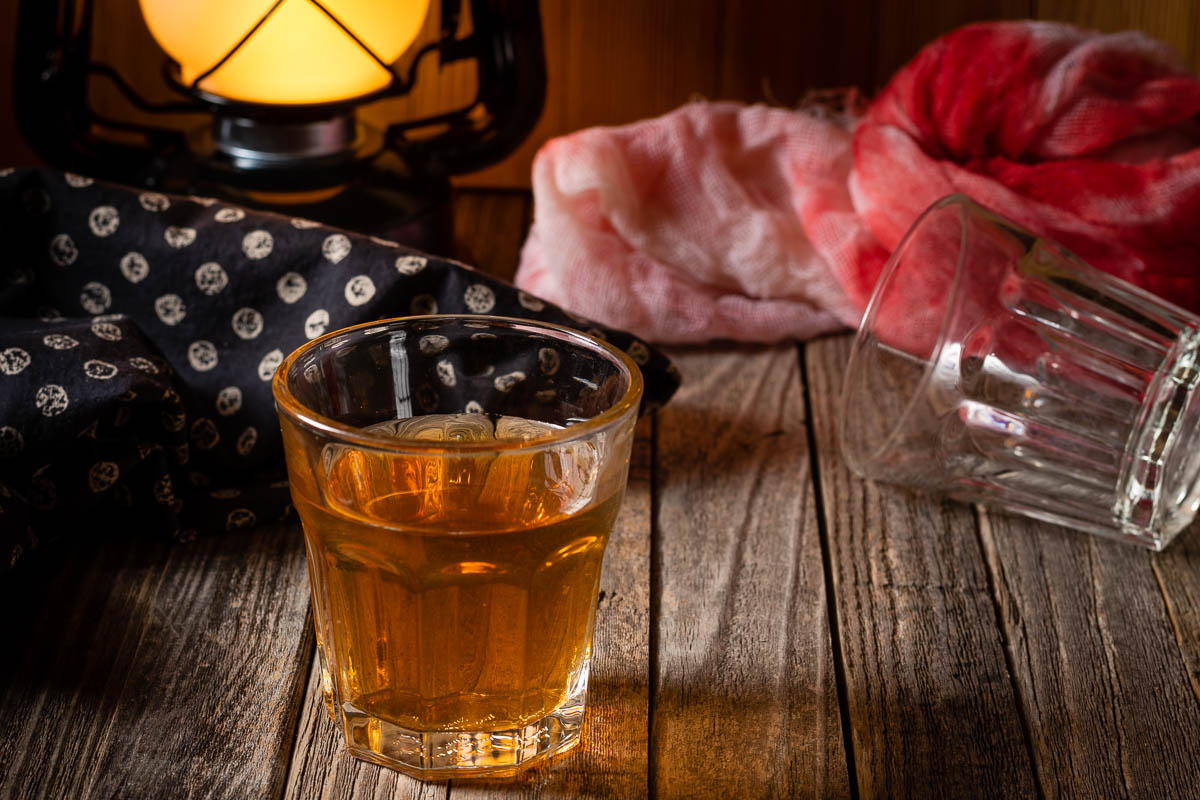 Given that a fair amount of The Pale Door takes place either in a saloon or brothel, we knew we needed to create a whiskey type cocktail. To keep with the theme of the film we decided to use High West Double Rye. Not only is it delicious, the bottle is themed perfectly for a western film. Still on our Ancho Reyes kick from our Boozy Vegan Hot Cocoa, we decided it would be a nice added kick to this cocktail as well. To finalize the flavor palette of Buckley’s Eulogy, we used AZ Bitters Lab Mas Mole Bitters.

We hope you enjoy trying our cocktail, Buckley’s Eulogy! Thank you again to Jeremy King for taking the time to talk with us! If you’re interested in checking out the movie that inspired the recipe, The Pale Door is now streaming on Shudder! You can also catch Scare Package there as well! (We are still brainstorming an idea for that film) What other horror films would you like to see recipes for? Let us know in the comments below! Cheers!

Buckley's Eulogy: A Cocktail Inspired by The Pale Door 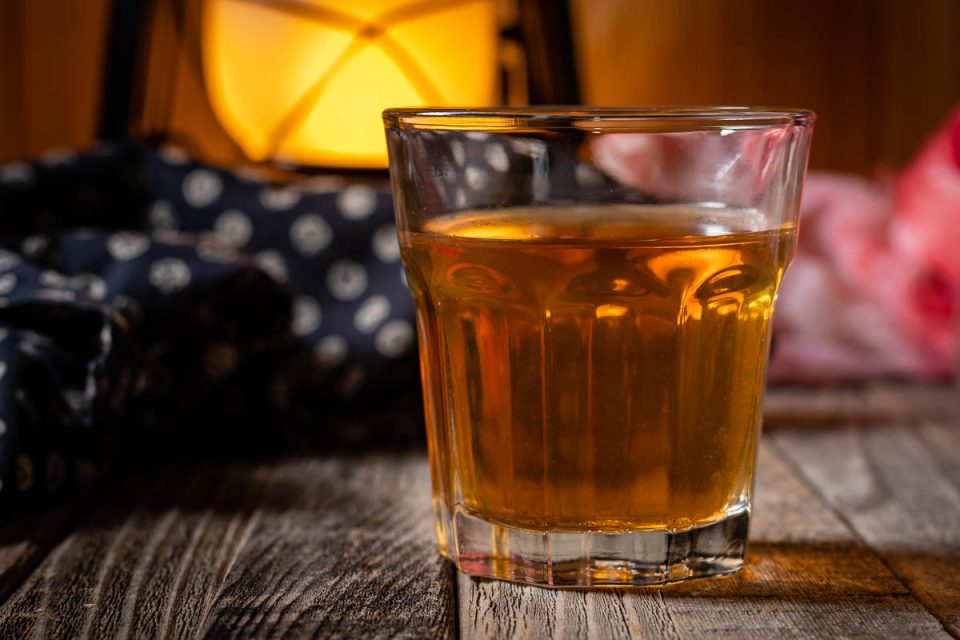 To celebrate the Shudder debut of The Pale Door, The Geeks have created a cocktail, Buckley's Eulogy and interview actor Jeremy King. 2geekswhoeat.com

If you can't find Mas Mole Bitters in your area and/or don't want to order them, you can use Angostura Aromatic Bitters. The flavor won't be the same but it will still be tasty! 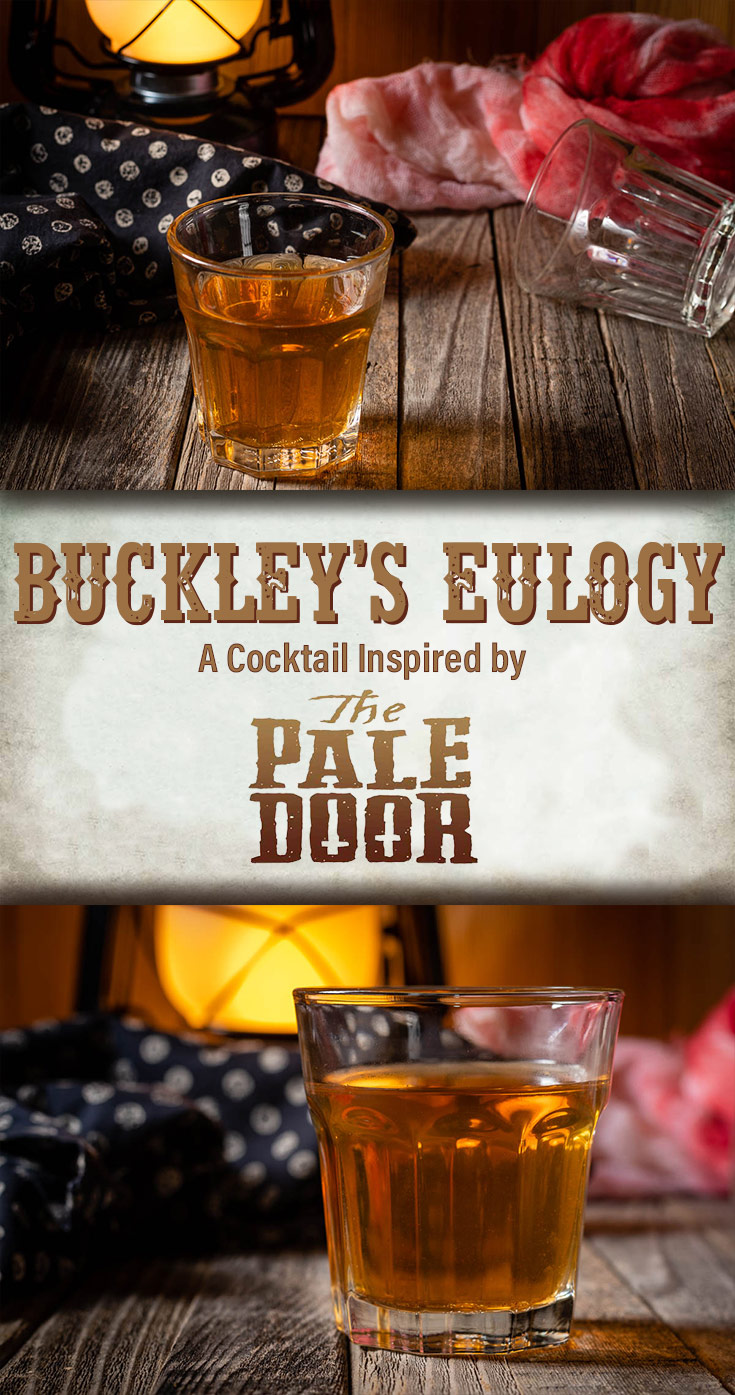