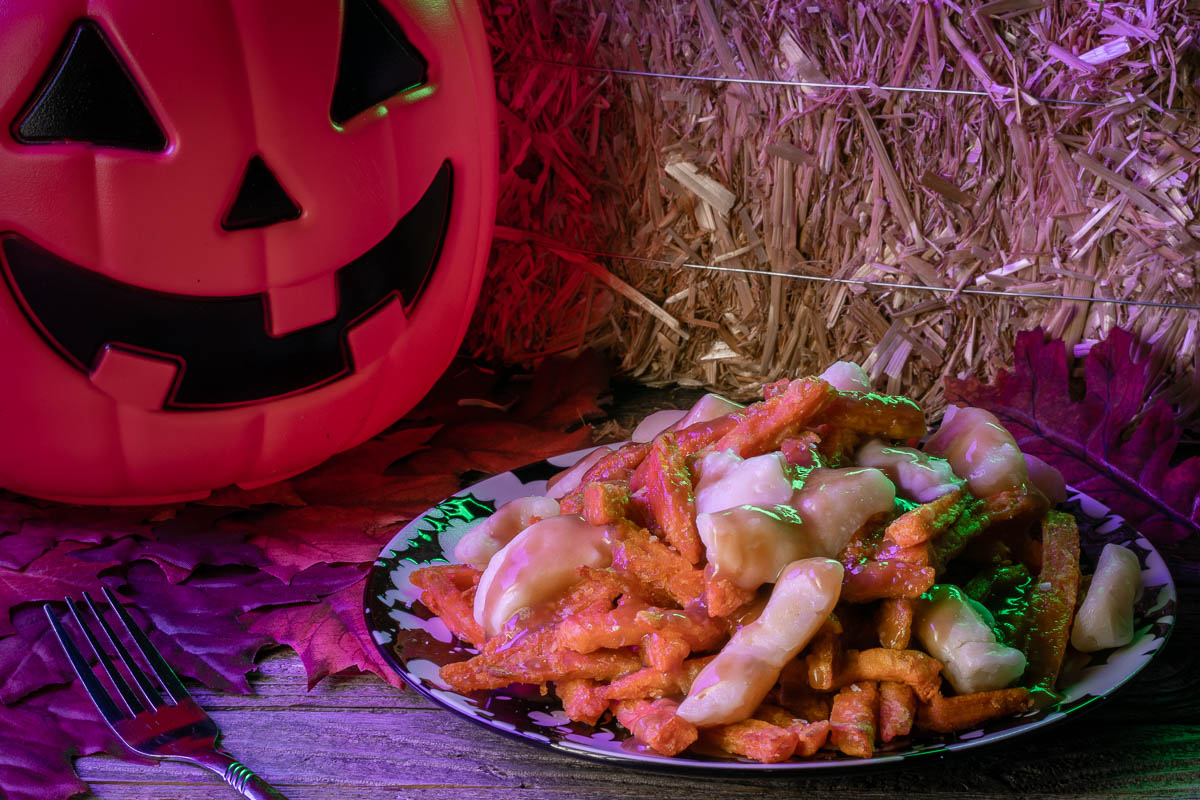 Hey everyone have you heard the news? We have a new Joe Bob special! We couldn’t let Joe Bob’s Halloween Hoedown pass without creating a new recipe for it? What kind of Silver Bolo Award winners would we be if we did that?! Inspired by the season and the words of the man himself, we’ve come up with a recipe for Halloween Poutine! Read on mutants to find out more!

“In what has become an annual tradition, iconic horror host and foremost drive-in movie critic Joe Bob Briggs returns with a special The Last Drive-In double feature just in time for Halloween. You’ll have to tune in to find out what movies Joe Bob has selected, but you can count on something scary and perfect for the season. Joe Bob’s Halloween Hoedown will also feature special guests from the upcoming Halloween franchise installment, Halloween Kills director David Gordon Green and producer/Blumhouse CEO and founder Jason Blum.”

So why poutine? Well, in his tweet with clues to the films being shown during Joe Bob’s Halloween Hoedown, Joe Bob mentioned a Montreal creep. So we decided to go the Canadian route. However, since we’ve done regular poutine in the past, we thought it would be fun to substitute out the fries with sweet potato fries to make it more seasonal. The great part is that since this recipe is fairly basic, you can substitute the beef gravy with vegetarian brown gravy to make it vegetarian-friendly. Sadly, there isn’t a great way to make this a vegan recipe due to the use of cheese curds. 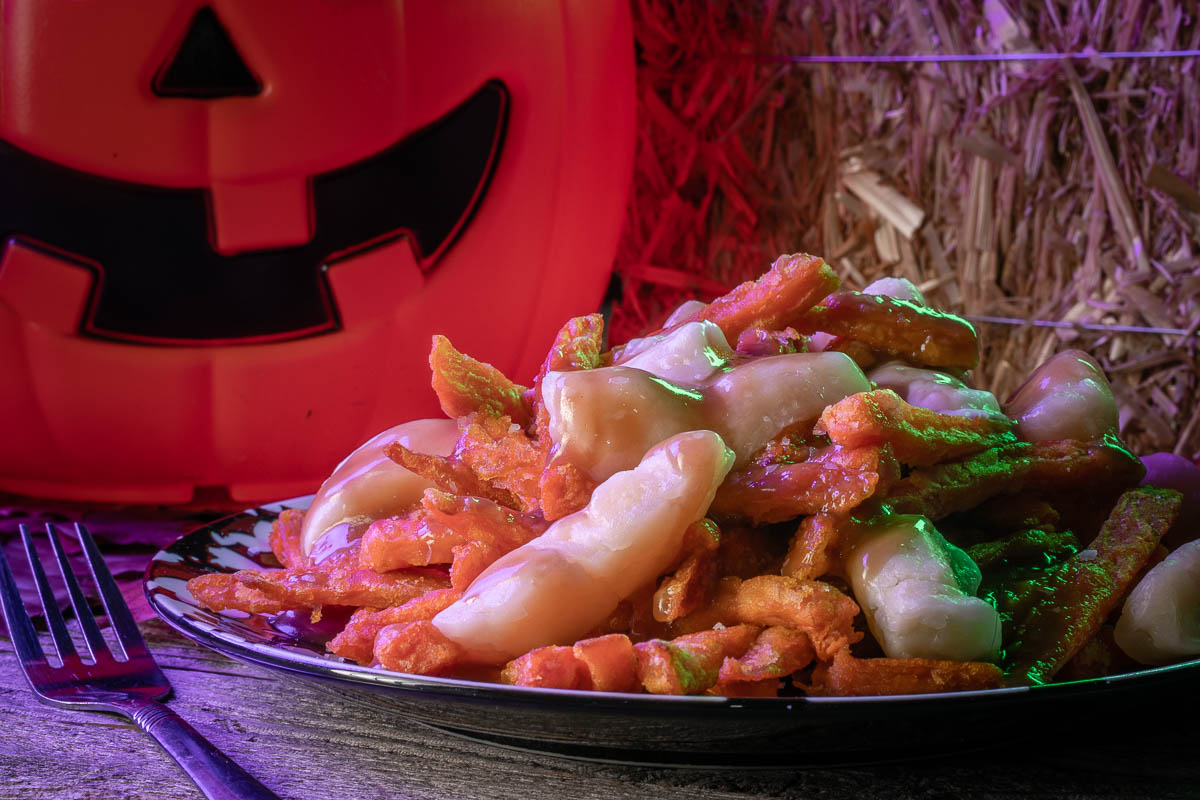 We hope you enjoy our recipe for Halloween Poutine! It will go really well with last year’s Pumpkin Beer Brats (or even the Vegan Pumpkin Beer Brats)! Don’t forget that we also have a slew of other recipes inspired by The Last Drive-In! Joe Bob’s Halloween Hoedown premieres live on the Shudder TV feed at 9pm ET/8c on October 8. Fans can also watch on-demand on Shudder and within the Shudder offering in the AMC+ bundle on Sunday, October 10. See you at the drive-in! 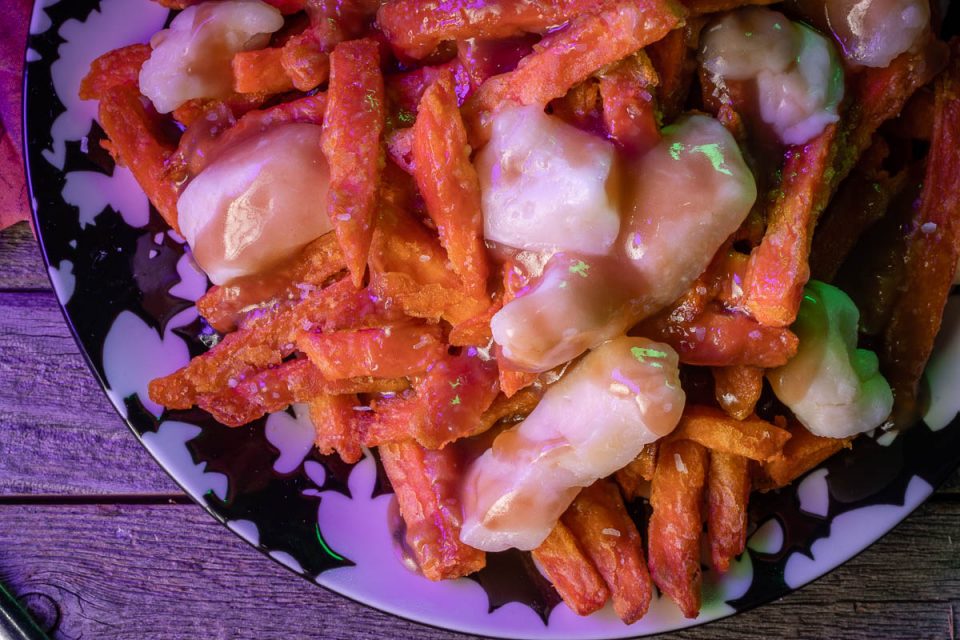 Sweet potato fries cook a bit differently than regular french fries. It is really important when baking to make sure that no fries are touching one another. Flipping them half way through the cook time also helps them get crispier. We like our fries extra crispy so we usually add a few minutes to the package cook time. Keep an eye on your fries while cooking them, paying close attention will ensure they turn out perfect! 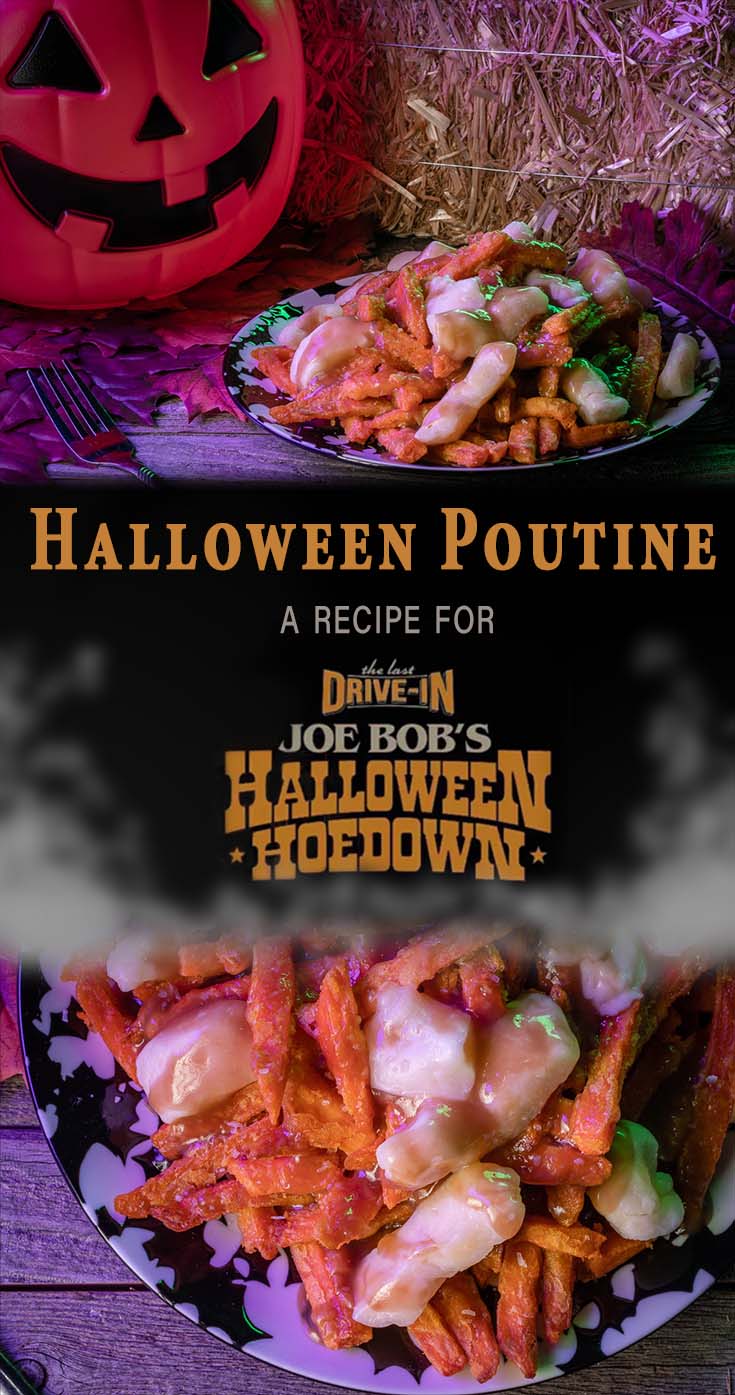