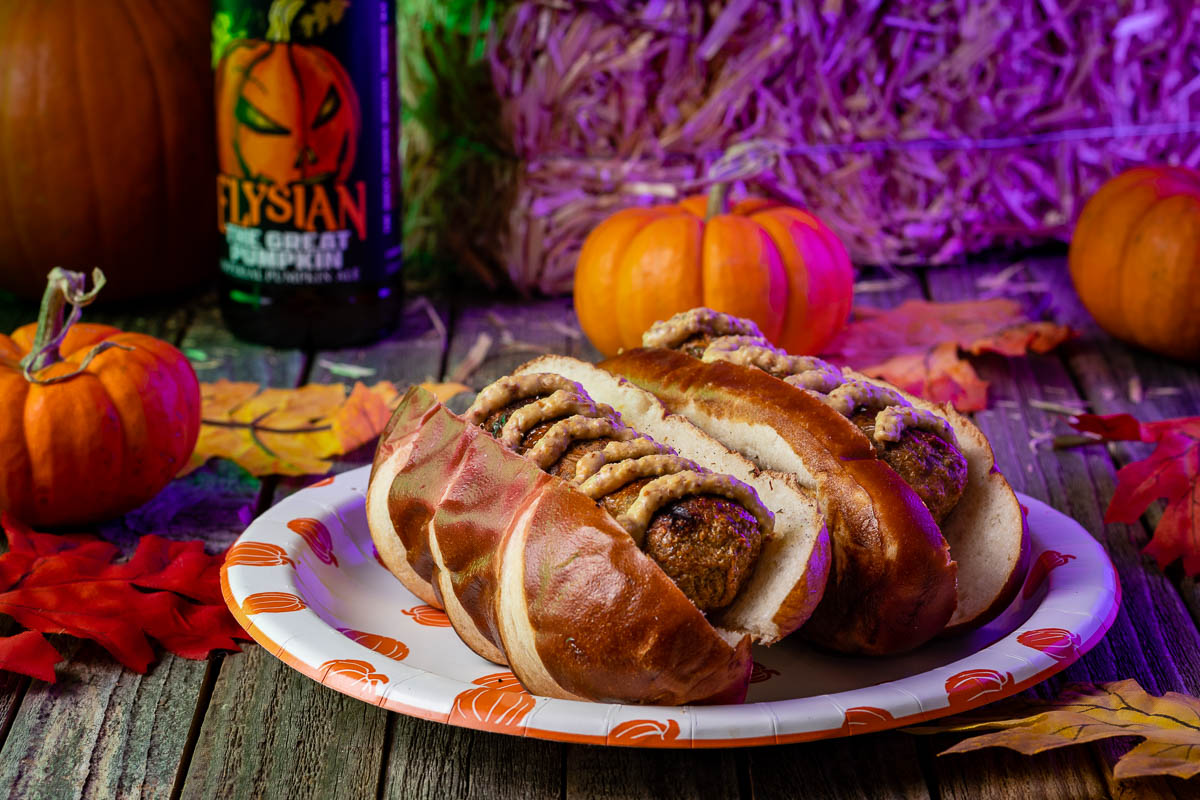 It may have been delayed, but it’s here! That’s right, our 2nd recipe for Joe Bob’s Halloween Hideaway is here! As promised we’ve come up with a veganized version of our other recipe. Just in time for the special, which airs this Friday on Shudder, we are excited to share our Vegan Pumpkin Beer Brats recipe!

In Joe Bob’s Halloween Hideaway, “horror host and drive-in movie expert Joe Bob has left the trailer park behind in favor of a more remote retreat, but he’s still ready to serve up a double feature of films hand-picked for your Halloween enjoyment. Premieres live on the ShudderTV feed Friday, October 23rd, and will be made available on-demand on Monday, October 26th.”

So you’re probably asking why a vegan recipe. Well, if you weren’t aware, Darcy the Mail Girl (or Diana Prince, as she is known off-air) lives a vegan lifestyle. We’ve done so many recipes for The Last Drive-In and its specials that weren’t vegan that we decided to change that. In an effort to change up our recipe from our Pumpkin Beer Brats, we used Elysian Brewing Company The Great Pumpkin Imperial Pumpkin Ale. Combined with the use of Beyond Meat’s Beyond Sausage Brats, these vegan beer 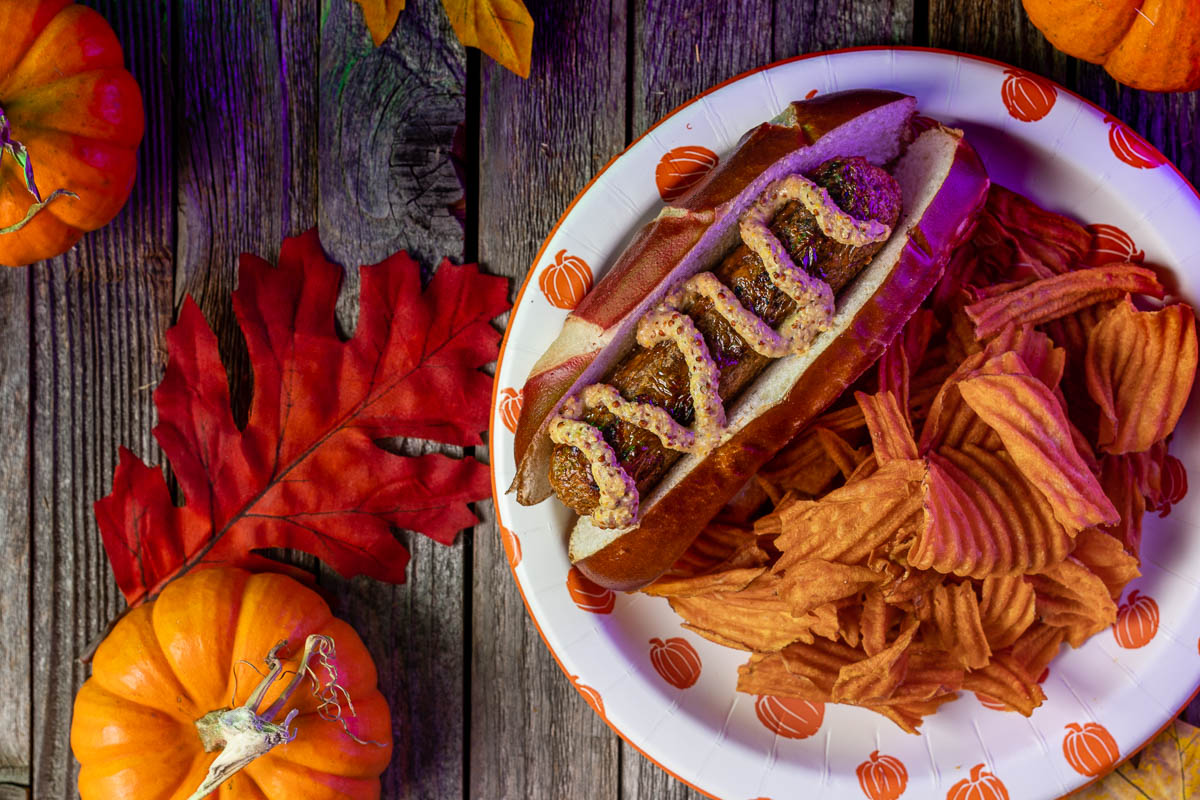 brats are sure to fool even the most avid meat eater.

We hope you’ve enjoyed our recipe for Vegan Pumpkin Beer Brats! Joe Bob’s Halloween Hideaway premieres live on the ShudderTV feed Friday, October 23rd, and will be made available on-demand on Monday, October 26th. Looking for other recipes inspired by The Last Drive-In? We have a whole round-up of them! What movies should we create other vegan recipes for? Let us know in the comments below! See you all at the Hideaway this Friday! 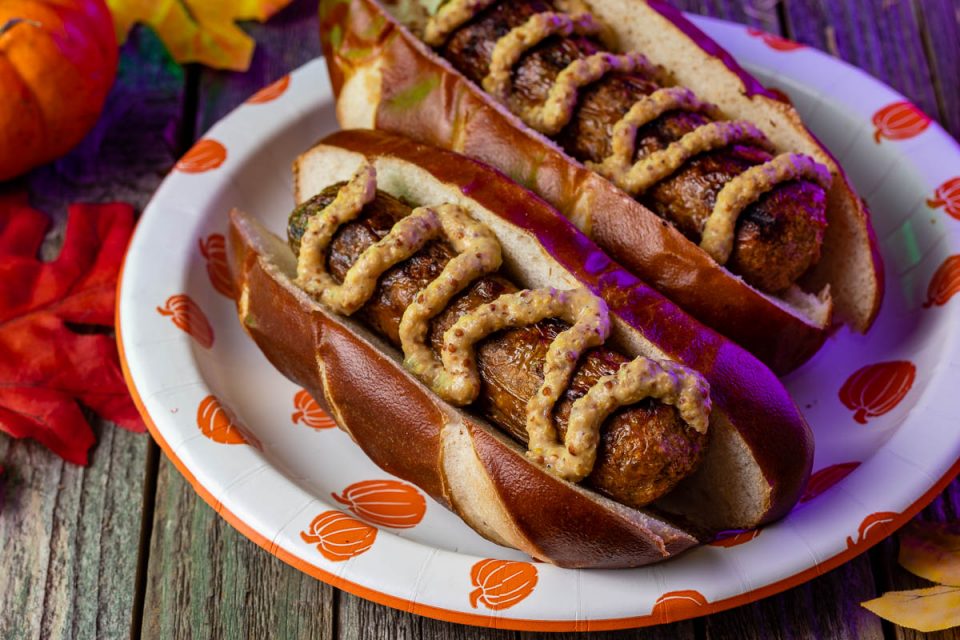 Looking for a vegan Halloween dinner? The Geeks have come up with a Vegan Pumpkin Beer Brat recipe inspired by Joe Bob's Halloween Hideaway! 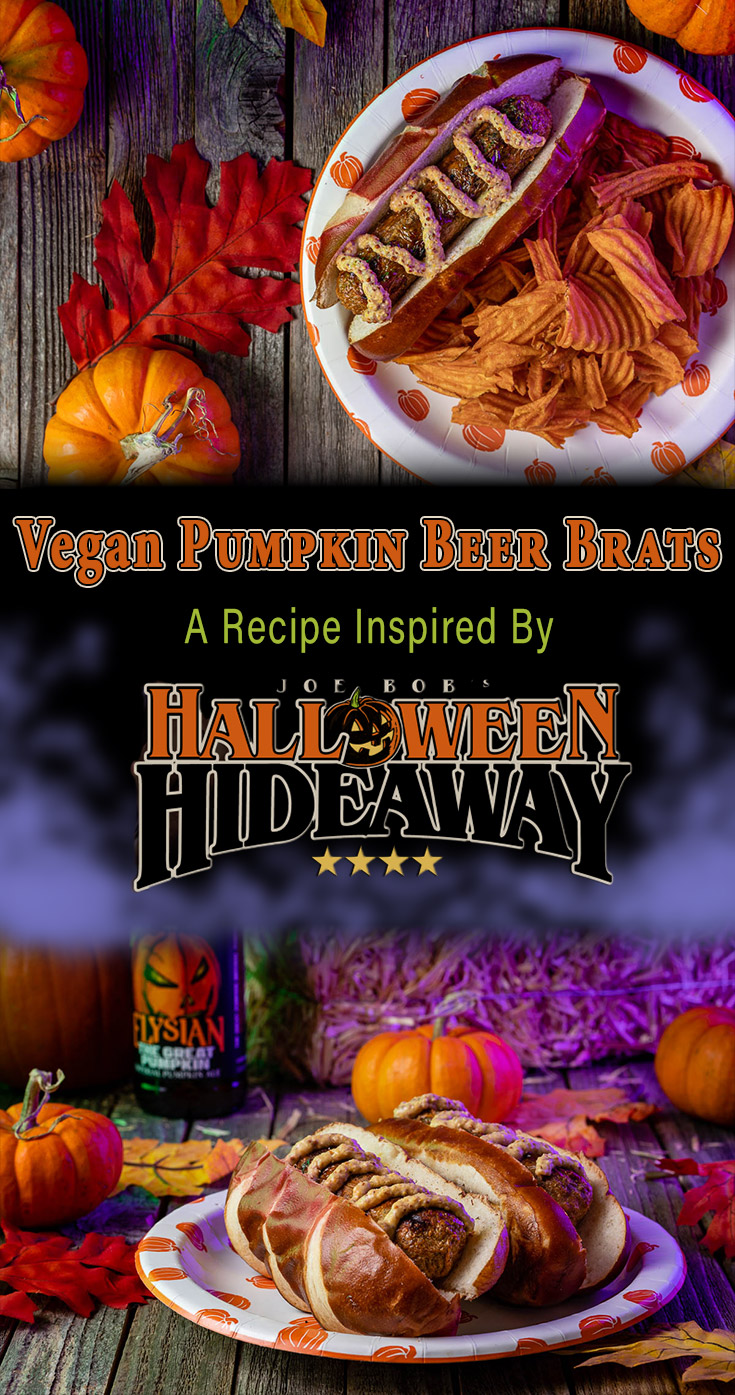